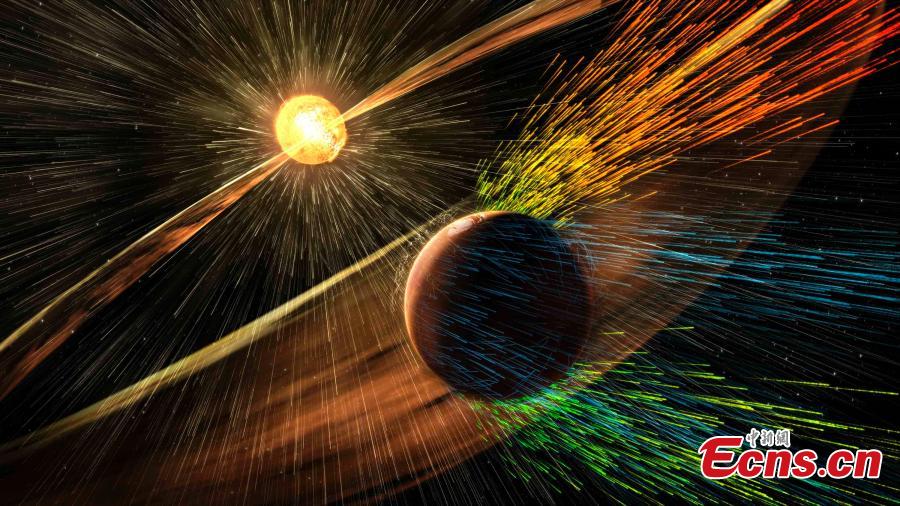 An undated artist's rendering depicts a solar storm hitting Mars and stripping ions from the planet's upper atmosphere in this NASA handout released Thursday. Scientists have documented a solar storm blasting away Mars' atmosphere, an important clue in a long-standing mystery of how a planet that was once like Earth turned into a cold, dry desert. (Photo/Agencies)