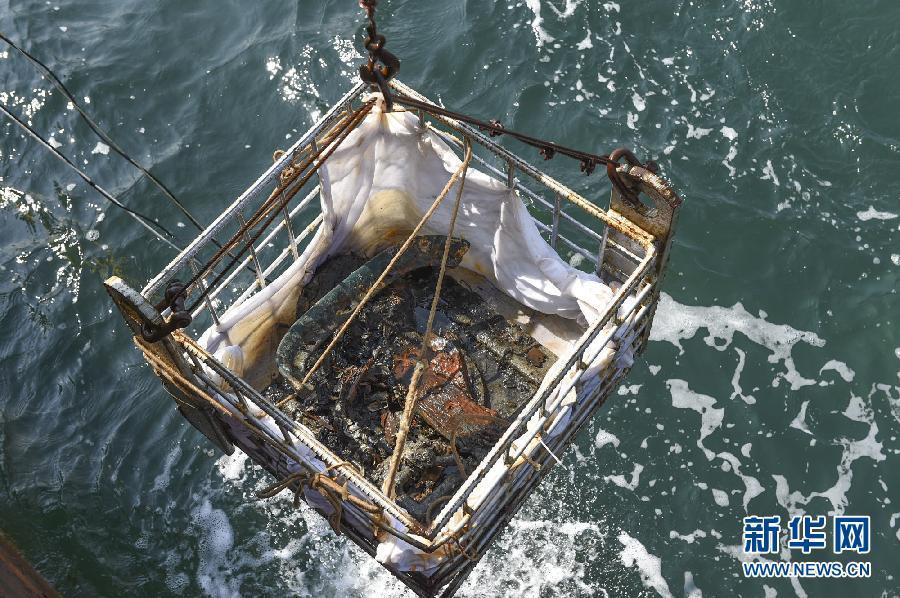 A part of "Dandong No.1", a shipwreck discovered last year near Dandong Port, is lifted out of water in the Yellow Sea on Sunday, October 4, 2015. An archeological team from the National Center of Underwater Cultural Heritage have salvaged more than 100 items from the wreck during the past two months. They confirmed "Dandong No.1" as cruiser Zhiyuan, one of the warships of the Beiyang Fleet sunk by the Japanese navy during the first Sino-Japanese War 121 years ago. (Photo/Xinhua)