Another corruption suspect repatriated from U.S. to China(1/5) 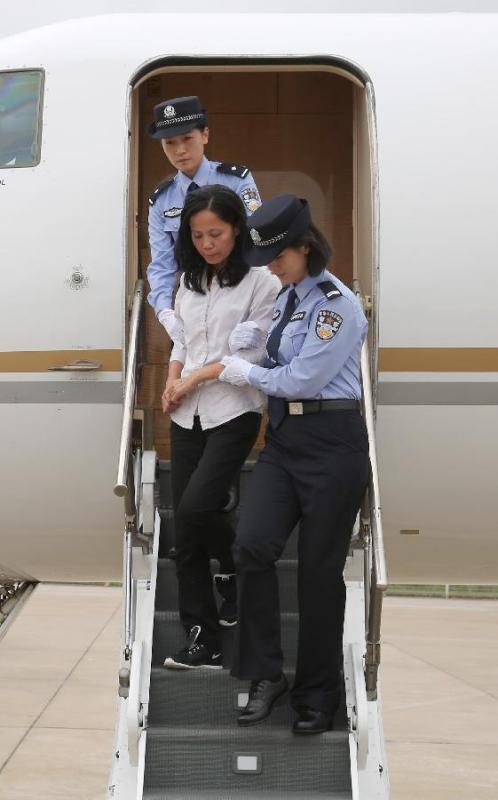 Kuang Wanfang (C), an economic crime suspect, is escorted at the Changle Airport in Fuzhou, southeast China's Fujian Province, Sept. 24, 2015. The woman, who fled to the U.S. in 2001, is suspected of taking part in corruption and bribery, and was repatriated to China on Thursday thanks to close cooperation between Chinese authorities and their U.S. counterparts. The move followed the forced repatriation of Yang Jinjun, one of China's most wanted economic fugitives, from the U.S. on September 18. (Photo: Xinhua/Yin Gang)