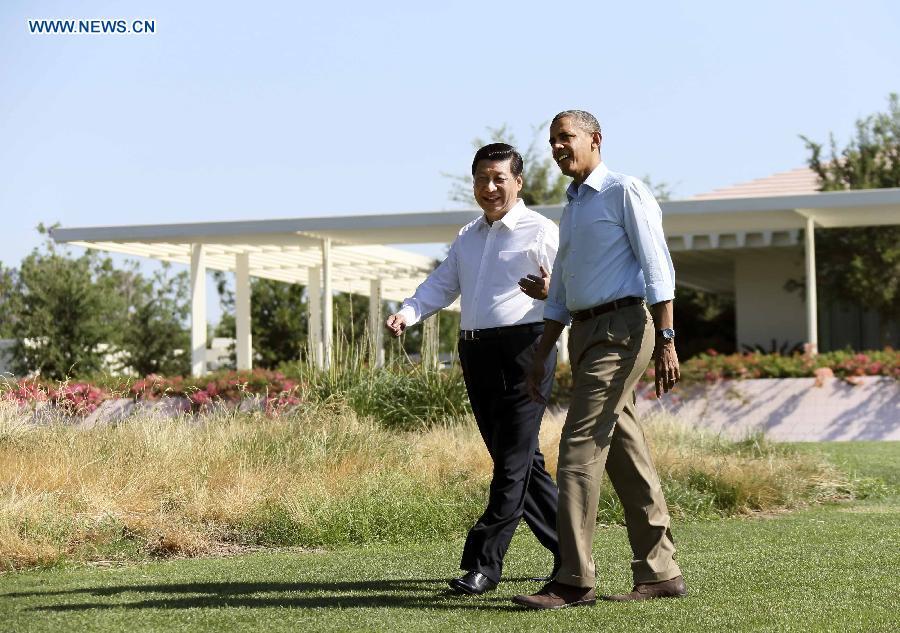 Chinese President Xi Jinping (L) and U.S. President Barack Obama take a walk before heading into their second meeting, at the Annenberg Retreat in California of the U.S., June 8, 2013. Xi Jinping met with Barack Obama for an informal summit in California's Sunnylands on June 7-8, 2013. Later this month, Xi will pay his first state visit to the U.S. since he took office in 2013. Here are four major meetings between Xi and Obama since 2013. (Photo: Xinhua/Lan Hongguang)