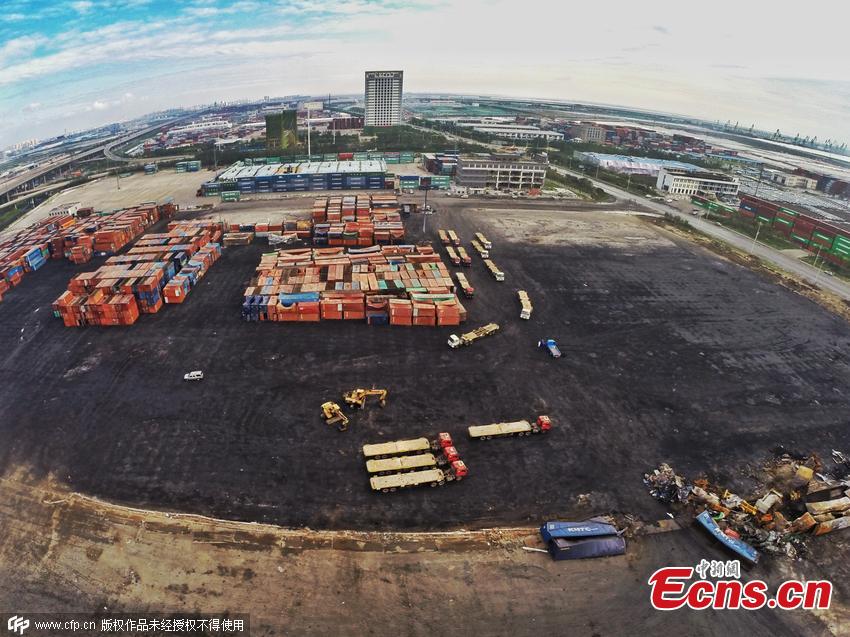 The aerial shot taken on September 11, 2015 shows the core area of explosion site in Tianjin after a clearance. Two blasts ripped through a warehouse at around 11:30 p.m. on Aug. 12 in Tianjin Port, where large amounts of toxic chemicals were stored, including around 700 tonnes of sodium cyanide. (Photo/CFP)