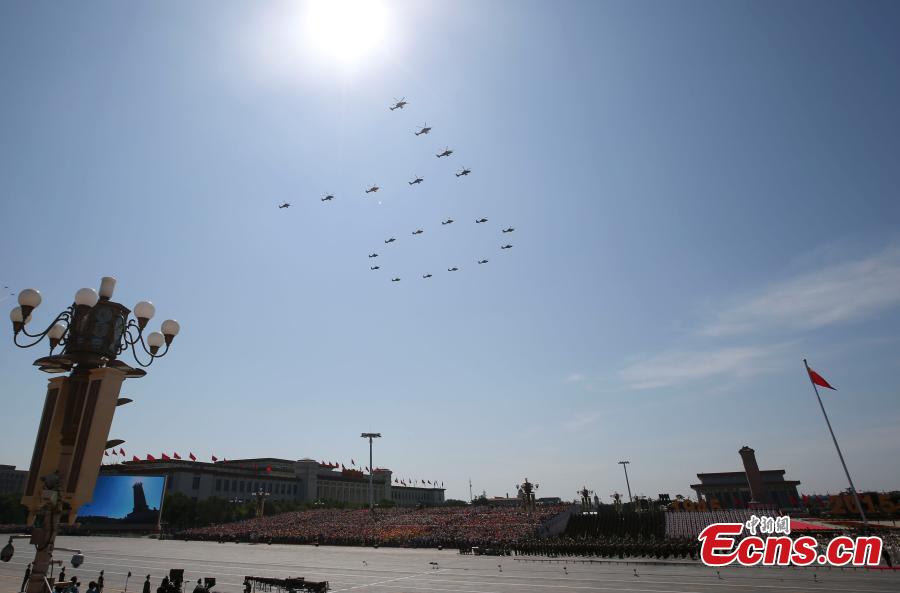 A formation of helicopters displaying the number 70 attend a parade in Beijing, capital of China, Sept. 3, 2015. China on Thursday held commemoration activities, including a grand military parade, to mark the 70th anniversary of the victory of the Chinese People's War of Resistance Against Japanese Aggression and the World Anti-Fascist War. (CNS photo/Du Yang)