Tianjin builds base for polluted soil from blasts (1/3) 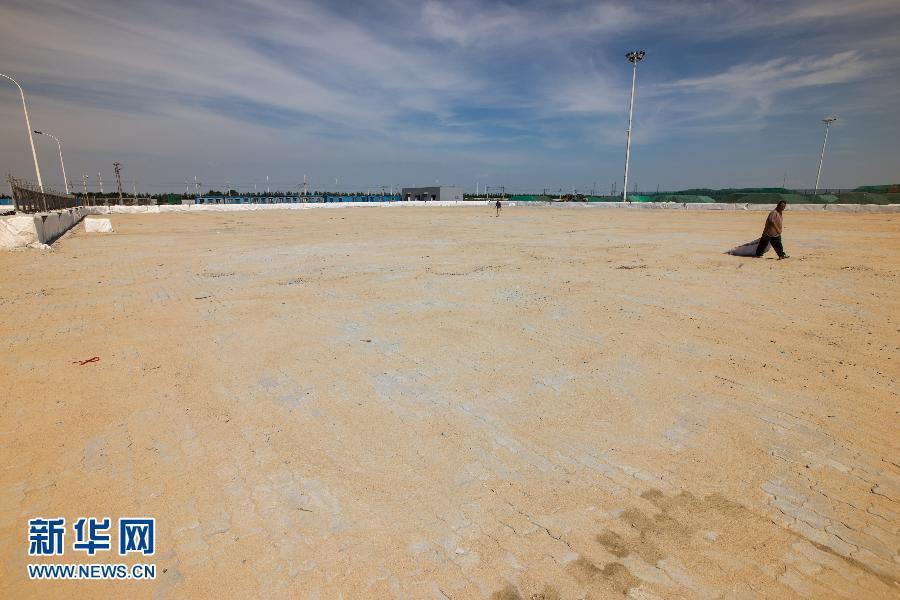 Photo taken on Aug 27, 2015 shows a 20,000-square-meter seepage-proof storage station has been built about four kilometers away from the core warehouse blast area in Tianjin. The station will be used specifically to store polluted soil excavated from the scene of the explosions. In addition to two layers of anti-seepage film and three layers of geotechnical cloth on the bottom, the station also has a five-centimeter layer of sand as well as another eight centimeters of interlocking bricks on its top for coverage. (Photo/Xinhua)