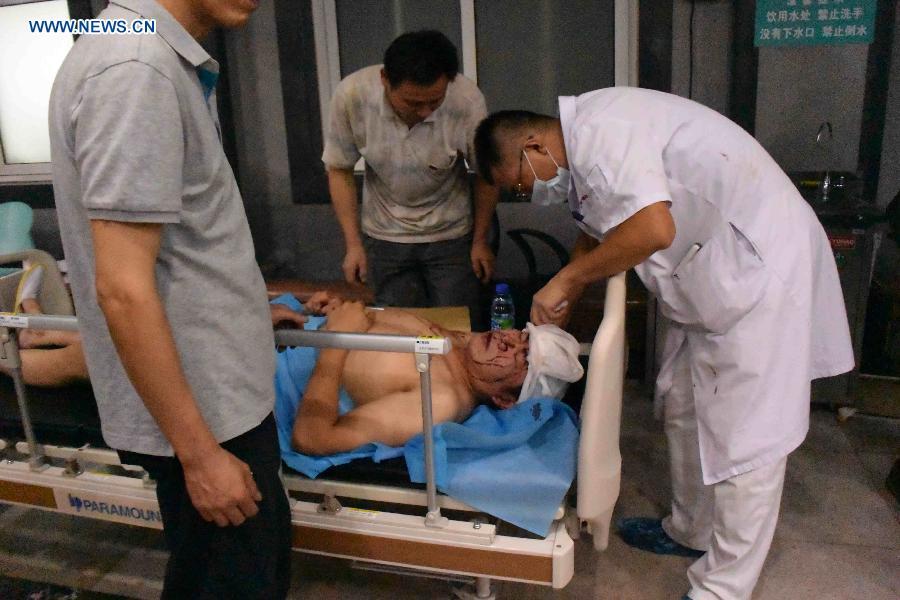 People injured in an explosion in the Binhai New Area receives treatment in a hospital in north China's Tianjin Municipality, Aug. 13, 2015. The death toll from a Tianjin warehouse blast Wednesday night has climbed to 17, according to rescuers. Another 32 people were critically injured and 283 people are under observation in hospital. (Photo: Xinhua/Yue Yuewei)