To know Karamay from one drop of oil(1/4) 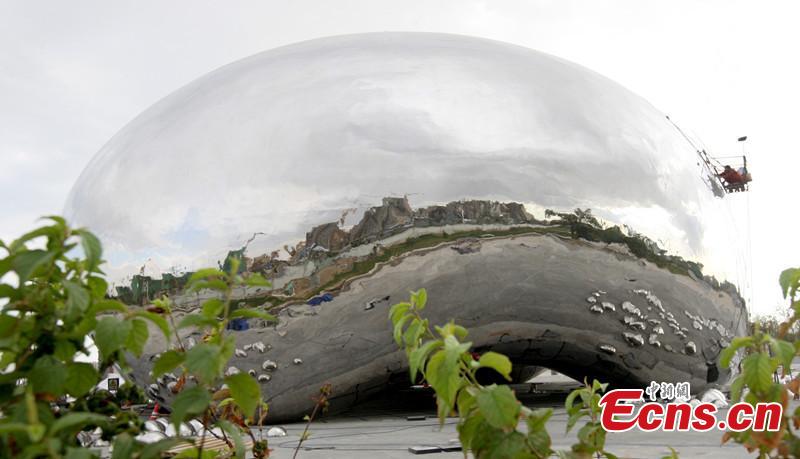 Workers experiment with lighting effects on a stainless steel sculpture symbolizing a drop of oil under construction in Karamay city, Northwest China's Xinjiang Uygur autonomous region. The project was planned in 2013 and is being built upon the place where the first oil well was discovered. The name Karamay is derived from the Uygur words for "black oil", and the city is often referred to as China’s “oil city”. A tourism zone is being developed in Karamay that will feature the area's oil exploration history. (Photo: China News Service/Zhou Jianling)