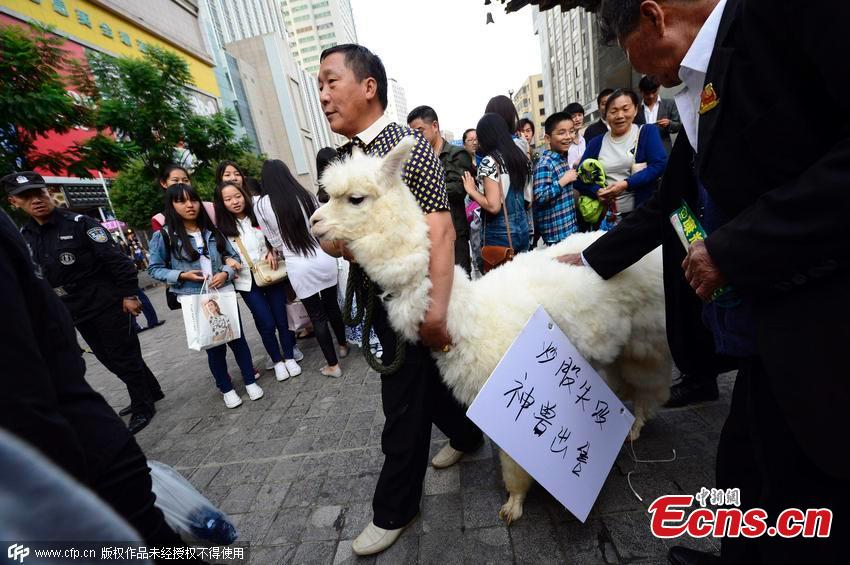 A middle-aged man takes his pet alpaca to sell on a street in Kunming, Southwest China’s Yunnan province, July 29, 2015. The man says he is locked into the stock market crash and has to sell the pet to get some cash. He is offering the alpaca at 100,000 yuan ($16,000), a price which is daunting many potential buyers. Alpacas became popular in China because they are said to resemble the Chinese Internet meme “the Grass Mud Horse,” which sounds similar to a profanity and usually expresses the user's anger. (Photo/CFP)