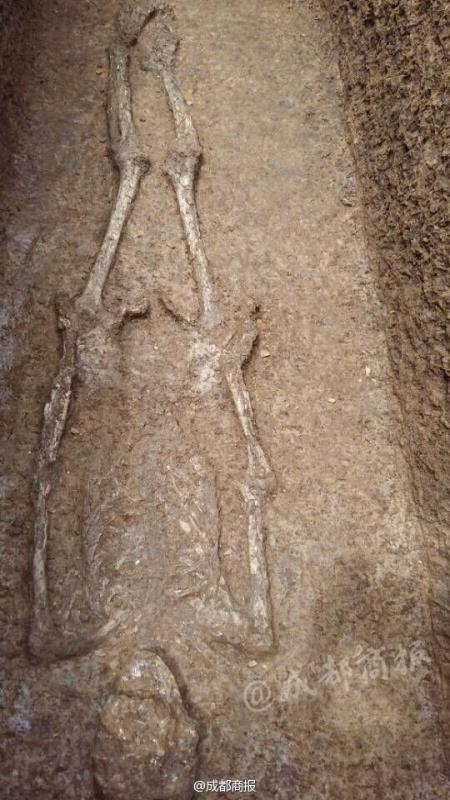 A section of city walls, which is speculated to be the north part of the wall, has been discovered in Sanxingdui archaeological site recently. Along with the east, west and south sections of the city walls found before, the ancient city wall of Sanxingdui has emerged. The site of Sanxingdui, located in the city of Guanghan, 40 km from Chengdu, southwest China’s Sichuan province, is recognized as one of the most important ancient remains in the world. In addition, three tombs have been discovered under the walls. A complete human skeleton remain was found in the middle one; the finger can even be seen. It is said the remains date back to Neolithic or New Stone Age, earlier than the city walls of Shang Dynasty (from 16th century BC to 11th century BC). (Photo/newssc.org)