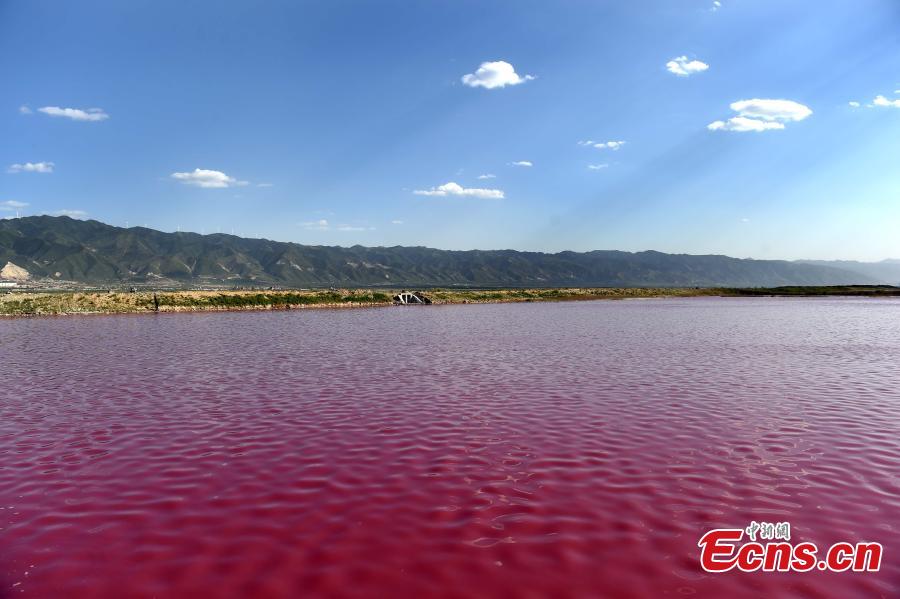 The water turns pink in a salt lake in Yuncheng city, North China’s Shanxi province, June 11, 2015. People can float on the lake’s surface due to the water’s high salinity, which has earned the lake the name "China's Dead Sea.” People having been extracting salt crystals from the lake for over 4,000 years. (Photo/CFP)