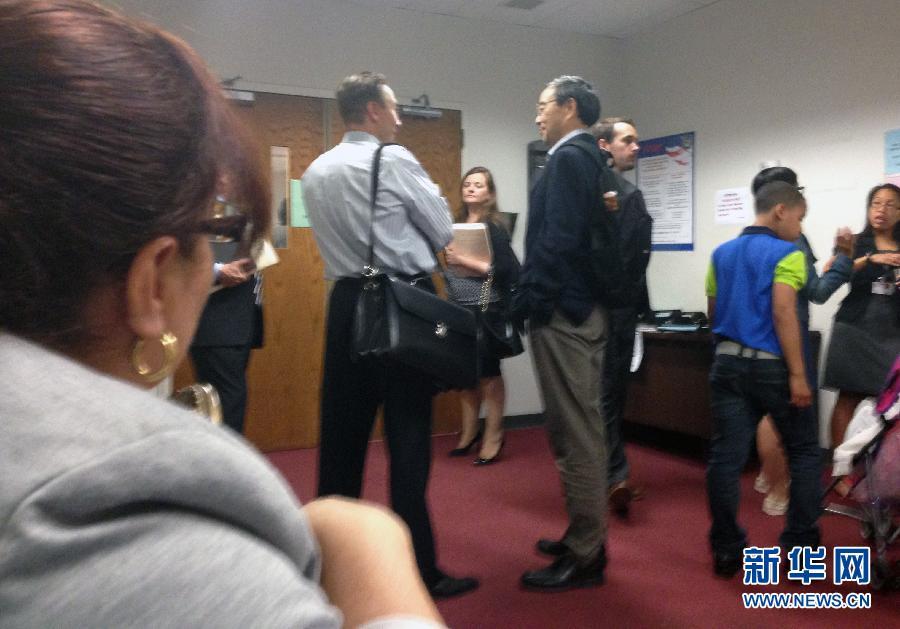 Yang Xiuzhu's lawyer Vlad Kuzmin (L,2nd ) waits prior to Yang's hearing in a New York immigration court in New York, the United States, June 9, 2015. The first hearing in the trial of China's most wanted economic fugitive Yang Xiuzhu took place in a New York immigration court on Tuesday. Last month, a source of U.S. Immigration and Customs Enforcement (ICE) confirmed that Yang, who went into hiding after being sought after by anti-corruption investigators in China, has been detained in the United States. The ICE accused Yang of "violating the terms of the Visa Waiver Program," and asked the immigration court to deport her to China. Yang is one of the 100 Chinese nationals suspected of corruption who are believed to have fled abroad. She used to serve as vice mayor of Wenzhou, a coastal city in Zhejiang province. When investigators started looking into her activities in 2003, she and her family fled China. Investigators have found evidence that Yang had accepted 253 million yuan (about 41 million U.S. dollars at current price) in bribes. She was subject to an Interpol red notice. (Photo/Xinhua)