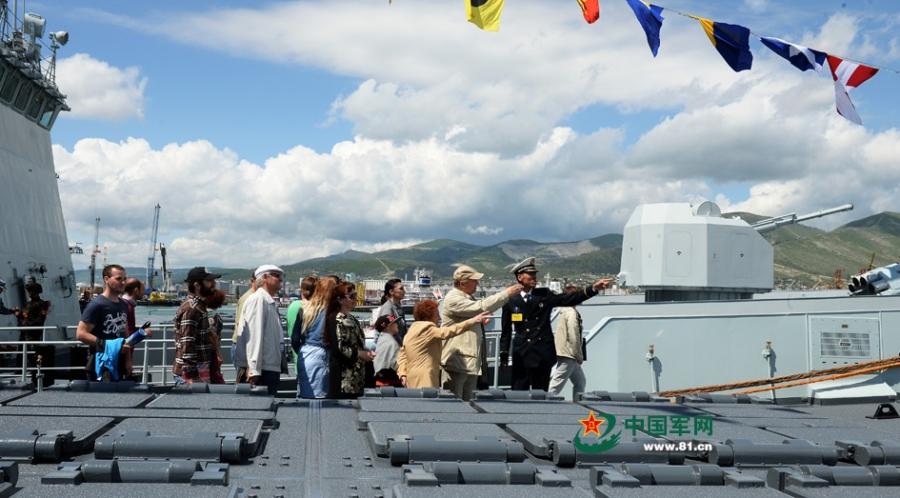 A Chinese navy official shows visitors around missile frigate Linyi during an open day at the Novorossiysk naval base, Russia, May 9, 2015. More than 3,000 visitors and Russian navy officials boarded the ship over two days. The ship arrived for the celebration of the 70th anniversary of the Soviet victory over Nazi Germany in WWI and will leave Novorossiysk for the Mediterranean Sea, where naval drills with Russia, dubbed Joint Sea 2015, will take place. (Photo: China News Service/Li Jing)