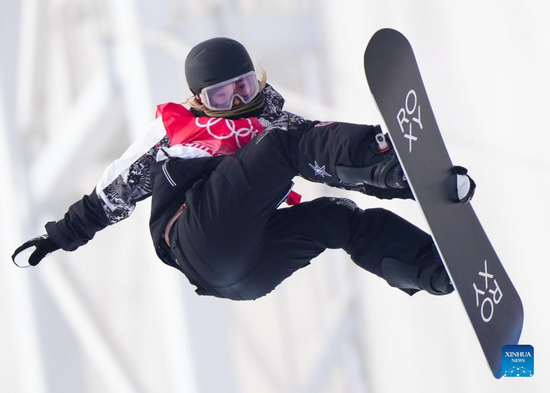 Reigning champion Chloe Kim of the United States successfully defended the title of the women's snowboard halfpipe at the Beijing Olympic Winter Games on Thursday.

An almost-perfect 94.00-point performance in the first run was good enough for Kim to win the gold medal though she failed in the following two runs.