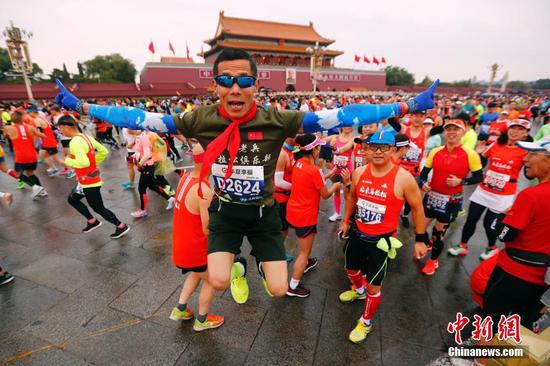 30,000 runners participated in the iconic 2019 Beijing Marathon under a drizzle on Sunday.

Mathew Kisorio of Kenya won the race by clocking 2:07:06 to break the men's course record. 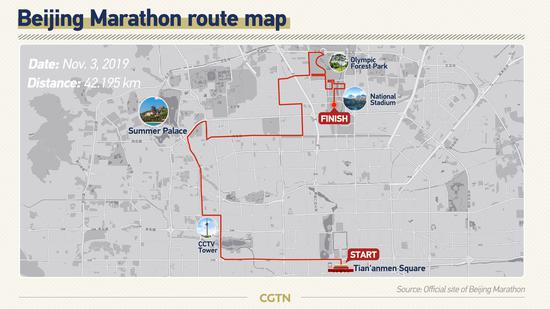 The Beijing Marathon, the first ever city marathon in China that attracted many champions from all over the world, is also known as China's "national marathon."

The starting line of the competition is Tian'anmen Square and the finishing point is the Beijing Olympic Park. It covered a standard distance of 42.195 km.

The high-level event has won the title of Gold Label Road Race endorsed by the International Association of Athletics Federations (IAAF) since 2008, turning itself into an international race with huge influences.

The event is also witnessing the booming development of the marathon races in the country. 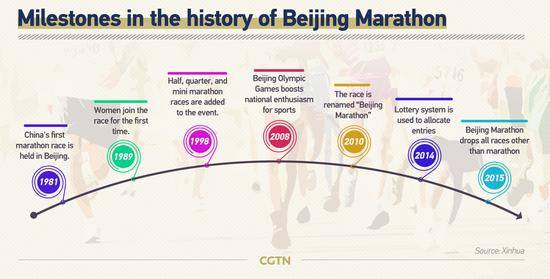 But the number soared to over 1,500 across the country in 2018, according to the China Athletics Association (CAA). It means an average of 4.3 long-running races were held in China per day, up more than 43 percent from a year before. 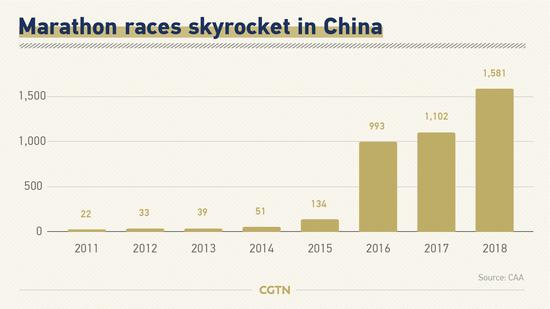 China's marathon development is also switching from high-speed boom towards a trajectory of viable and quality development. "A number of high-standard and high-quality events have emerged in China," said Yu.

There are now 24 IAAF label events in China this year, and half of them are gold label races, ranking top in the world in terms of the number of label events. 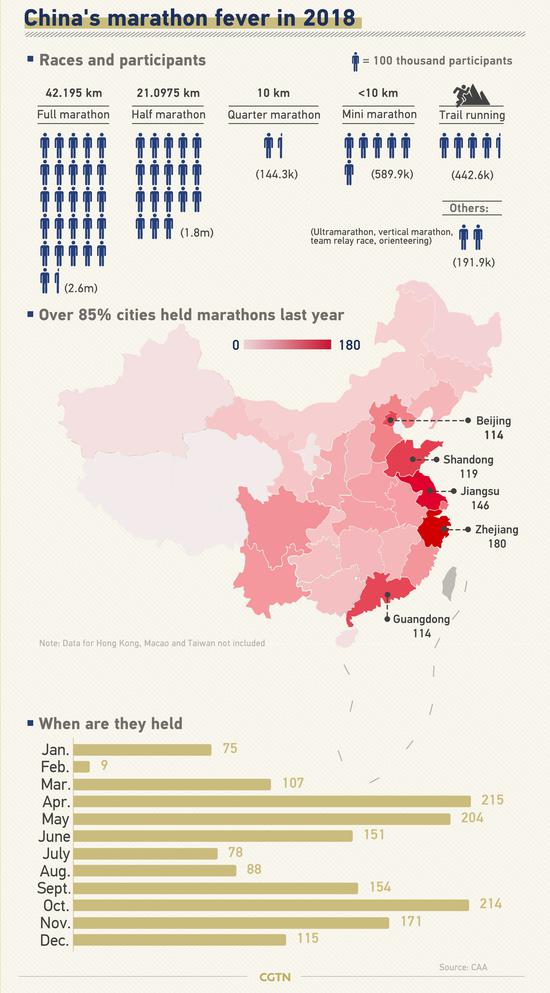 As the Chinese get richer, they focus more on health. Running has the lowest entry requirement among all the sports.

Moreover, with eased policy environment and cities' increasing desire for shaping the image by holding such races, the nation saw the number of related events increasing and industries flourishing year by year.

These races made an economic output of 74.6 billion yuan (about 10.86 billion U.S. dollars) last year.

The CAA forecasts that there will be 1,900 races and 10 million participants next year, with a revenue of 120 billion yuan (about 17 billion U.S. dollars) from related industries.