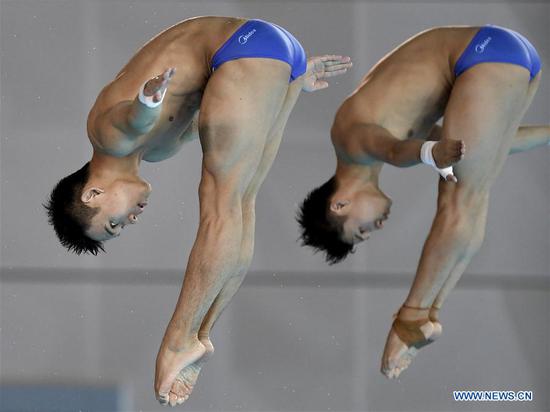 "I have been through ups and downs recently. I am happy to have dived to my proper level today, although there were still areas to be improved upon," said Chen, who will compete in the singles event on Sunday. Two years ago in Rio de Janeiro, he was beaten into second place in that discipline by fellow countryman Qiu Bo.

China has showed great dominance since the tournament began on Monday, with home divers having swept all seven gold medals so far.