Foreigners rise to the challenge in Wuhan 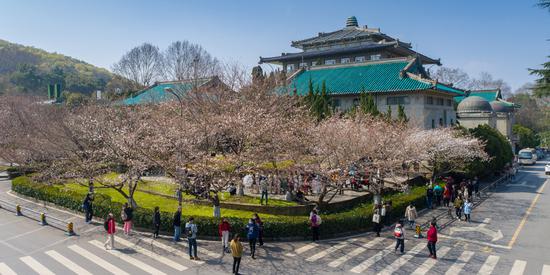 After living in China for 17 years, Ghamgeen Izat Rashed was happy to have his China "green card "approved earlier this year, which entitles him to permanent residency.

The Iraqi university teacher in Wuhan, capital of Hubei province, said he aims to use the knowledge and experience gained from his work to increase international cooperation.

Rashed, who obtained a doctoral degree in electrical engineering from Huazhong University of Science and Technology in Wuhan in 2008, is also looking forward to living a secure and happy life in the city he now calls home.

Since 2010, he has been an associate professor at Wuhan University's School of Electrical Engineering and Automation. He is married to a local woman and has an 8-year-old daughter.

Looking back to last year, when Wuhan experienced a 76-day lockdown before life began to return to normal, and also to the start of this year when sporadic cases of COVID-19 were reported in China before Spring Festival, Rashed said his work had not been affected.

Instead, he made significant progress, which gave him confidence about the future.

His team launched two international cooperation programs－one to build an artificial intelligence laboratory with a college in Iraq, and the other to promote academic collaboration on solar and wind power with experts in Egypt.

Rashed and his partner in Germany had a paper published in the Science Citation Index, an electronic database for articles from scientific journals.

During the lockdown in Wuhan, Rashed taught online. He said the community where he lives arranged everything, such as helping residents buy food and drugs, and assisting elderly and pregnant patients receive prompt treatment.