One of China's poorest areas shakes off absolute poverty 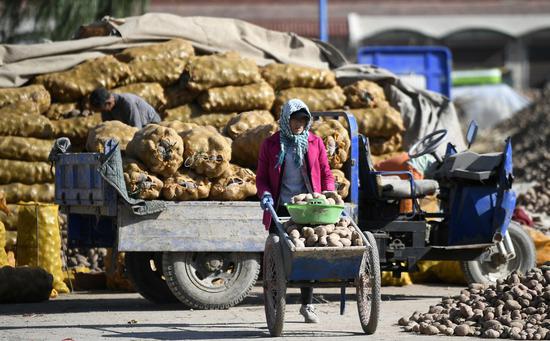 The last poor county of Xiji in the region has met the standards and been approved for removal from the list of poverty-stricken counties, according to the regional government on Monday.

This marks the end of poverty in all nine poor county-level regions in Xihaigu amid the country's efforts to eradicate absolute poverty by 2020.

Xihaigu is a largely mountainous region that was labeled the "most unfit place for human settlement" by the United Nations in the 1970s due to land reclamation, drought, and a fragile ecological environment.