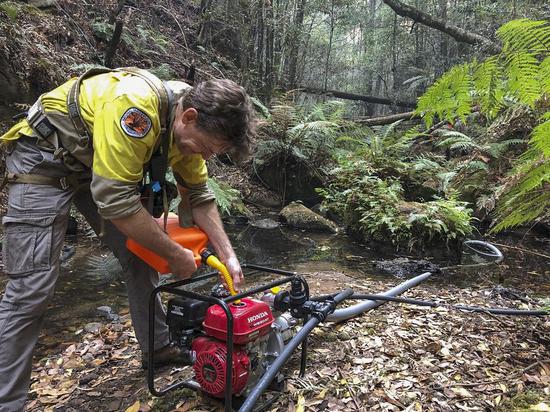 Firefighters in Australia have succeeded in protecting an extremely rare grove of ancient trees from destruction, with specialist teams going to extreme measures as bushfires closed in, authorities confirmed on Wednesday.

The Wollemi Pines in the Blue Mountains of New South Wales (NSW) state are the only known members of their species in the world and are sometimes called the "dinosaur trees" due to their prehistoric origin.

"Wollemi National Park is the only place in the world where these trees are found in the wild and, with less than 200 left, we knew we needed to do everything we could to save them," NSW Environment Minister Matt Kean said.

As the fire front approached the trees' confidential location, firefighters doused water and flame retardant from the land and sky, creating a barrier and subverting their destruction.

As well as aerial water-bombing jets, firefighting specialists dropped into the location by helicopter to create a makeshift irrigation system powered by a generator.

While parts of the trees were charred and the surrounding bushland levelled, the Wollemi Pines survived largely unscathed as the fire front passed through the area. 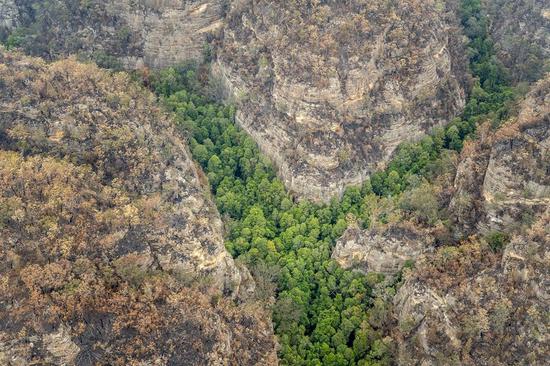 The unique trees were thought to be extinct, until they were accidentally discovered thriving in the Australian wilderness in 1994.

Kean said that the latest operation would act as a lesson for future conservation efforts.

"The 2019 wildfire is the first ever opportunity to see the fire response of mature Wollemi Pine in a natural setting, which will help us refine the way we manage fire in these sites long-term," he said.

"Illegal visitation remains a significant threat to the Wollemi Pines survival in the wild due to the risk of trampling regenerating plants and introducing diseases which could devastate the remaining populations and their recovery."