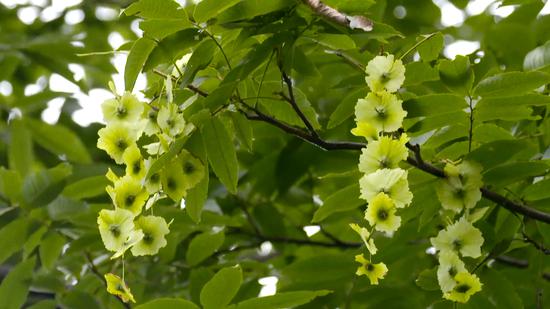 Does money grow on trees? Yes, in China.

A local forestry station in east China's Jiangxi Province recently discovered 16 Cyclocarya paliurus trees, one of the rarest species in the country.

Since the shape of its seeds resembles strings of ancient copper coins, the plant is also known as the "money tree" in China.

The trees, which fall under second-level national protection, were discovered deep in the forests of Taihe County outside Ji'an City.

The species is deciduous, which means it sheds its leaves in autumn, and trees can grow as high as 30 meters tall.

Experts say that such a big cluster is unusual due to the scarcity of the trees.

Currently, the forestry station is studying the age of the 16 trees.