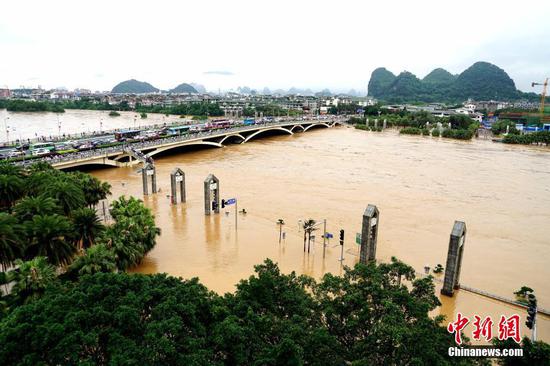 At least one person was killed and four others missing amid heavy downpours and floods in south China's Guangxi Zhuang Autonomous Region, local authorities said Sunday.

The dead and missing were from the cities of Liuzhou and Guilin, where five people were also injured, the regional emergency management department said.

In the hard-hit county of Quanzhou, administered by the city of Guilin, heavy rain and floods affected more than 180,000 residents, among whom 8,380 were being evacuated.

A total of 110 reservoirs in Guilin has seen water rise above the alert level.

According to the regional meteorological authority, the heavy rain will persist until June 12.