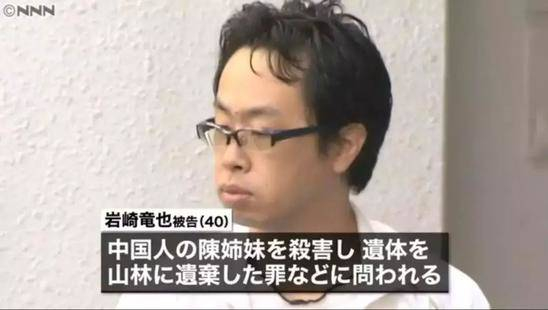 A Japanese man was sentenced to 23 years in prison after he murdered a pair of Chinese sisters and left their bodies in bags near Tokyo last year, reported Kyodo News on Friday.

The Yokohama District Court made the verdict on Friday and dismissed all the argument from the defense lawyers.

The 39-yaer-old Tatusya Iwasaki was an acquaintance of the Chinese sisters, Chen Baolan, 25 and Chen Baozhen, 22. He was said to have been interested in the elder sister and was seen on a surveillance camera entering the sisters’ apartment on July 6 and leaving with suitcases and bags the following day. The police also found Iwasaki’s driving records which showed his car traveled from the area of the victims’ apartment to Hadano.

Iwasaki was detained on July 16 by police. The murder later triggered off a warning from the Chinese Embassy in Japan, urging Chinese nationals in Japan to remain on high alert.

In the court, Iwasaki’s lawyers said that he had just cooperated in an elaborate plan to make the two girls look like they had disappeared. Iwasaki also argued that one of the girls was going to use him to contract a fake marriage.

However, the court ruled that the crime was conducted “with a strong intention of killing,” because only Iwasaki was able to enter the apartment and there was no sign of a third person.

Chen Baolan first landed in Japan as a foreign exchange student in 2009 and then graduated from a clothing design school. Bozhen also came to Japan to study at a game software school in 2012. According to the Tokyo Reporters, a local English language news portal, the two were believed to be involved in sex trade later and worked at a red light district in Isezakicho, Yokohama where they met got to know Iwasaki.