Where did the donations go? Girl's death triggers fights on social media 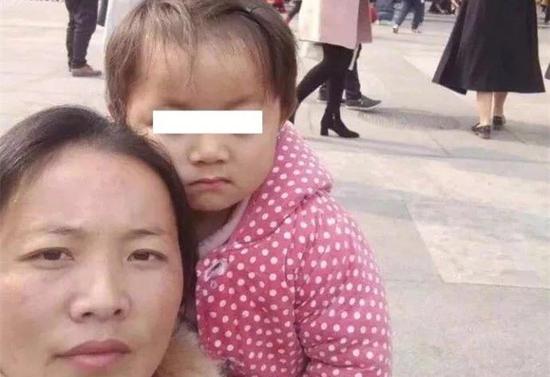 A selfie of mother and daughter. /Picture from Weibo

On May 4, Wang Fengya, a three-year-old girl from Taikang County, in central China’s Henan Province, died from retinoblastoma, a type of eye cancer that occurs mostly in children under two years of age.

Hoping to raise more money, she also posted a video on Huoshan, a short video sharing platform in China.

“Please help me,” the little girl whispers in the video.

However, after fundraising, some netizens doubted whether Yang had actually spent the money on her daughter and speculated that she had instead spent it on medical costs for her son.

Where did the donation go?

People later discovered that Yang had three other daughters and one son who has a cleft palate.

On May 4, before the truth was discovered, the girl died. This only made onlookers more angry.

People started to believe that the girl only received conservative treatment without any chemotherapy or surgery.

Does it mean that the family abandoned the treatment of a tumor with a survival rate of more than 94 percent?

Some people suggested that the family had inappropriately abused the kindness of donors. Voices calling for better supervision over crowd-funding in China became louder over the following days.

“We will ask the family to explain the details of the medical treatment, traffic and living expenses for the girl”, Zhang Leiluo, the head of the publicity department with the public security bureau in Taikang County, Zhoukou city, said on May 24, “we can only know some medical treatment costs based on the receipts from the hospital.”

One day later, Shuidichou released a statement saying that it was working with the police to figure out if there was any misappropriation and how much money had been used for the girl’s treatment.

The family had gathered 39,638 yuan (around 6,224 US dollars) in total, including 35,689 yuan (around 5,586 US dollars) donated through the fundraising platform and 2,949 yuan from WeChat as well as some live-stream platforms, said the local police on May 25 to Red Star Newspaper.

However, according to unconfirmed sources, there had been a post on Weibo several days before saying the family had gathered over 150,000 yuan (around 23,480 US dollars).

The controversies and fights have finally ended with apologies from netizens but the family claims they will sue the culprit behind the rumor.

“My daughter-in-law has been afraid of turning on her cell phone for days”, the grandmother of the little girl told the Legal Newspaper on May 27.

The whole discussion has triggered reflections on the nature of public opinion on social media platforms in China.

“Even though bloggers and media have deleted their posts, who will answer for this crime?”,Lantian said.

It is easy to make conclusions based on fragmented pieces of information, but when it comes to serious issues like this, people should be more cautious in their judgments, at least until solid evidence is discovered. Without this, it is unfortunately very easy to "bring damage to innocent people and their family," said a writer from CCTV News.