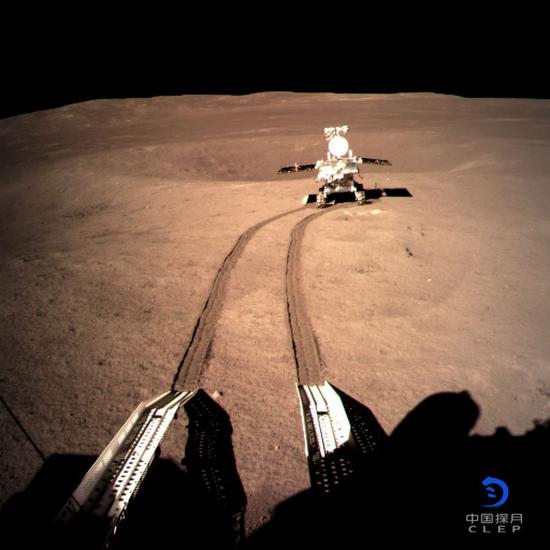 Photo provided by the China National Space Administration on Jan. 4, 2019 shows image of Yutu-2, China's lunar rover, at preset location A on the surface of the far side of the moon. (Xinhua)

The lander and rover of the Chang'e-4 probe have resumed work for the 14th lunar day on the far side of the moon after "sleeping" during the extremely cold night.

Both the lander and the rover are in normal working order, according to the Lunar Exploration and Space Program Center of the China National Space Administration.

The rover Yutu-2, or Jade Rabbit-2, has worked much longer than its three-month design life, becoming the longest-working lunar rover on the moon.

A lunar day equals 14 days on Earth, and a lunar night is the same length. The Chang'e-4 probe switched to dormant mode during the lunar night due to the lack of solar power.

China plans to launch the Chang'e-5 probe in 2020 to bring lunar samples back to Earth.

The Chang'e-5 probe includes a lander, an orbiter, an ascender and a returner. The key tasks of the mission will be lunar sample collection, takeoff from the moon, rendezvous and docking on lunar obit and high-speed reentry into Earth' atmosphere.