The research was jointly conducted by paleontologists from the Institute of Vertebrate Paleontology and Paleoanthropology (IVPP) under the Chinese Academy of Sciences and the American Museum of Natural History. Their findings were published in the latest issue of the journal Science.

An early mammal could hardly hear anything except its own chewing sounds while eating since its auditory bones were attached to its jaw. When and how the clear division of function between hearing and chewing in modern mammals formed in evolution remained a mystery. 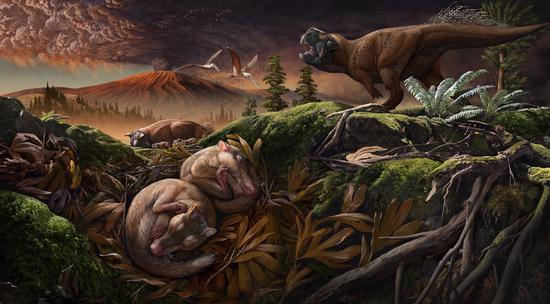 The newly-discovered fossils were well-preserved, with the bone link between auditory bones and jaw gone, showing a direct separation of hearing and chewing modules in mammalian evolution, said Mao Fangyuan, a member of the research team from the IVPP.

The multi-directional movements of the jaw during chewing may have accelerated the detachment of the auditory bones from the jaw, according to the research.

The detachment of hearing and chewing modules in mammals eliminated their interference with each other and pushed the two modules' evolution forward, Mao said.