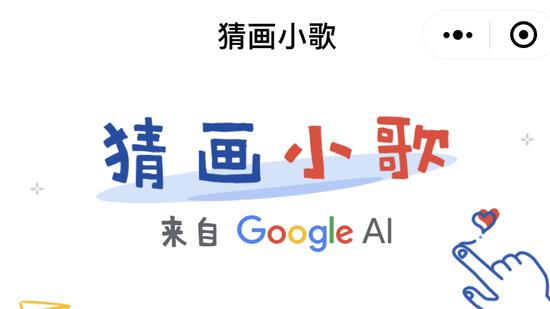 The game, named Caihua Xiaoge, is a drawing game based on Google’s AI image recognition technology and is a WeChat “mini-program”, meaning it only works within the app.

In the game, users will be asked to draw an object, such as a cow, a squirrel or a hurricane, within 20 seconds based on the instruction. The AI will guess what it is while it is being drawn, and will say things like “What the hell are you drawing?” and “I guess you are just doodling” if it finds the object difficult to identify.

The game is getting widely discussed in China, and enthusiastic netizens are posting their drawings on social media platforms.

“Shocked,” is what a netizen commented on Weibo, one of the biggest social media platforms in China, regarding the AI’s successful guess of the “Eiffel Tower” he drew, which was as simple as two curved lines.

While some players are fascinated by the accuracy of the technology, some are complaining that the system couldn’t recognize their masterpieces

“My drawing is so precise, how could it fail to guess?” a netizen said, along with a picture of an obvious helicopter she drew.

Users are also making parodies out of the game, for example, there was one made to mock the similar appearances of smartphones nowadays.

The game is meant to give people "the opportunity to experience just how natural AI-powered interactions can now be," Chris Tam, Google product manager, said in a blog post.

The mini-program is seen as one of Google’s main deployments of AI in China. Last year, the search engine giant announced its plan to building Asia’s first AI center in the country.