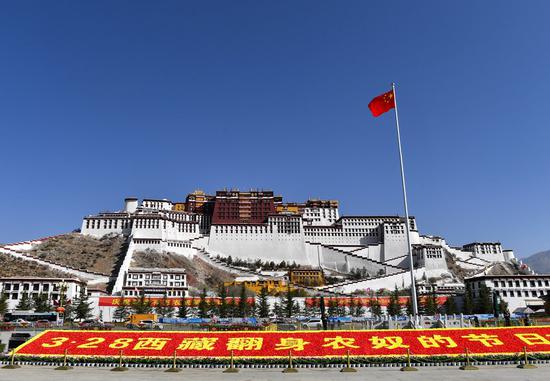 A flag-raising ceremony is held to celebrate the Serfs' Emancipation Day at the square in front of the Potala Palace in Lhasa, capital of southwest China's Tibet Autonomous Region, March 28, 2022. (Xinhua/Jigme Dorge)

On March 28, 1959, the Communist Party of China led the people in Tibet to launch the democratic reform, abolishing Tibet's feudal serfdom under theocracy.

In 2009, the regional legislature announced March 28 as a day to commemorate the emancipation of the one million serfs.

The democratic reform liberated the serfs in Tibet, marking a historic leap in the social system.