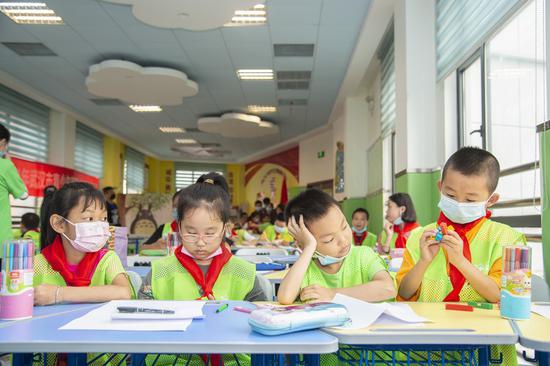 China on Tuesday released a decision allowing a couple to have three children and rolling out a slew of support measures, ranging from tax breaks to more nurseries and flexible work leave to encourage births.

The decision on improving birth policies to promote long-term and balanced population development, dated June 26, 2021, was adopted by the Communist Party of China Central Committee and the State Council.

China has been adjusting its one-child family planning policy over the past decade. The two-child policy was partially introduced in 2013 and fully implemented in 2015. According to the latest population census, this policy shift has resulted in the births of over 10 million more second children in the country.

Observers said the new policy mix would help ease the burden -- both physical and financial -- on young adults at childbearing age, contributing to sustaining a long-term and balanced population growth.

"It is of great significance to implement the three-child policy and supporting measures in China to further adapt to the new changes in the population structure and the requirements for high-quality development," the decision said.

The three-child policy and supporting measures will be conducive to improving China's demographic structure and implementing the national strategy of actively responding to population aging, it said.

According to the decision, by 2025, China will basically establish a policy system that actively supports births with better services and lower costs in childbearing, care and education. The gender ratio of newborns will be more balanced and the population structure will be improved.

By 2035, the country will further improve its policies and regulations securing the stable long-term population development, as well as its population structure, said the decision.