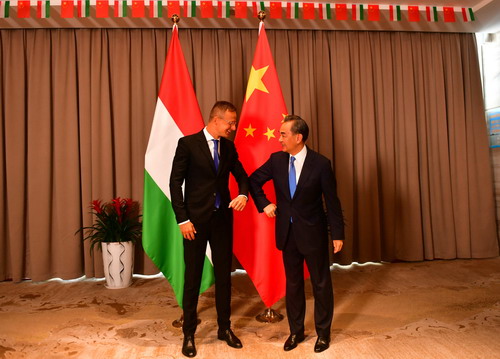 Chinese State Councilor and Foreign Minister Wang Yi said on Monday that China-U.S. decoupling is unrealistic under globalization, calling on European countries to reject such rhetoric.

In the era of globalization, countries can give play to their comparative advantage in the allocation of production factors and achieve faster development, Wang said.

The world's economy is highly integrated and it's impossible to isolate one country from the rest of the world, he said.

It's completely against market rules to forcibly cut off the existing cooperation between countries, and such move would also go against with the will of companies, he continued.

Wang said China will further open up its market to the world economy and called on European partners to reject U.S. decoupling rhetoric.

By calling China and the European Union open economies and supporters of globalization and multilateralism, Wang said both sides should reject the decoupling rhetoric and step up efforts to defend global industrial and supply chains.