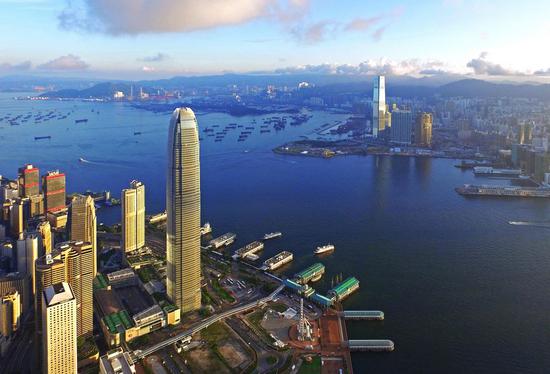 A recent statement from the Hong Kong Bar Association on the national security legislation disregards the facts and lacks legal basis, legal experts in the Hong Kong Special Administrative Region (SAR) have said.

They stressed that the legislation will provide key support for maintaining social order and the rule of law, and will not undermine the legitimate rights and freedom of Hong Kong residents.

By claiming that "the Standing Committee of the National People's Congress (NPC) has no power to add" laws related to Hong Kong's security to Annex III of the Basic Law, the Hong Kong Bar Association directly or indirectly regarded the special administrative region as an "independent country," which is absolutely unacceptable, said SAMLAW in the statement.

It added that in accordance with articles 31 and 62 of the Constitution, as well as articles 1, 12 and 18 of the Basic Law, the central authorities have the absolute power to improve the legal system and law enforcement mechanisms, so as to safeguard security in the Hong Kong SAR, and have the legislation implemented by the Hong Kong SAR.

Horace Cheung, solicitor and a member of the HKSAR Legislative Council, said the statement by the Hong Kong Bar Association showed its misunderstanding of the power China's central government has under the "one country, two systems" principle. The central government authorized the Hong Kong SAR to enact article 23 of the Basic Law on its own, which reposed trust in Hong Kong, but it didn't mean that the central authorities had no power to enact relevant laws. If Hong Kong couldn't enact the article 23, there would be a need for the NPC to push forward Hong Kong's legislation from the national level.

In response to the Hong Kong Bar Association's claim that the national security legislation does not ensure compliance with the International Covenant on Civil and Political Rights, Lawrence Ma, a barrister and executive council chairman of the Hong Kong Legal Exchange Foundation, said that individual's rights and freedom should not undermine national security and public order. "When a person's acts endanger national security, his human rights and freedom will be legally and reasonably restricted, which is in line with international standards," he said.

"Therefore, I believe the relevant laws only target a small group of people who have committed serious crimes, and will not undermine the legal rights and freedom enjoyed by Hong Kong residents now," Wong said.

"Since the turmoil arising from the proposed amendments to the fugitive offenders ordinance began last year, rioters have been damaging public facilities and endangering the lives and property of citizens," said Willy Fu, vice chairman of executive council of the Hong Kong Legal Exchange Foundation. "Some opposition politicians in Hong Kong have pleaded for foreign sanctions against Hong Kong, which seriously violated international law and basic norms of international relations."

"It is a pressing task now to plug the security loopholes in the Hong Kong SAR, so that Hong Kong could be back on track, its people live and work in peace, and the 'one country, two systems' policy be carried on," he said.