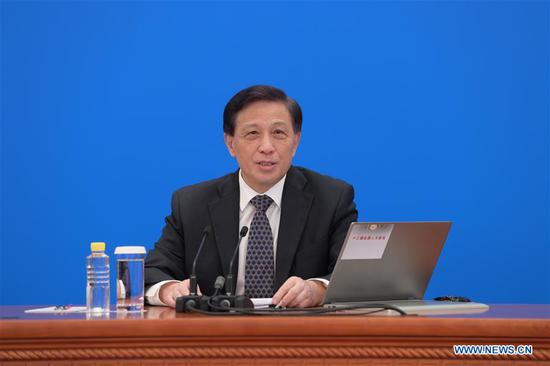 Zhang Yesui, spokesperson for the third session of the 13th National People's Congress (NPC), attends a press conference via video link in Beijing, capital of China, May 21, 2020. The NPC, China's top legislature, held a press conference Thursday night ahead of its annual session in Beijing. Zhang Yesui took questions from Chinese and foreign reporters on the agenda of the session and work of the NPC via video link. (Xinhua/Li He)

China is transparent about its military spending and there is no such thing as "hidden military spending," a spokesperson for the annual session of the country's national legislature said Thursday.

China has been submitting reports on its military expenditures to the United Nations every year since 2007, Zhang Yesui, spokesperson for the third session of the 13th National People's Congress, said at a press conference.

"From where the money comes from to how the money is used, everything is accounted for," Zhang said.