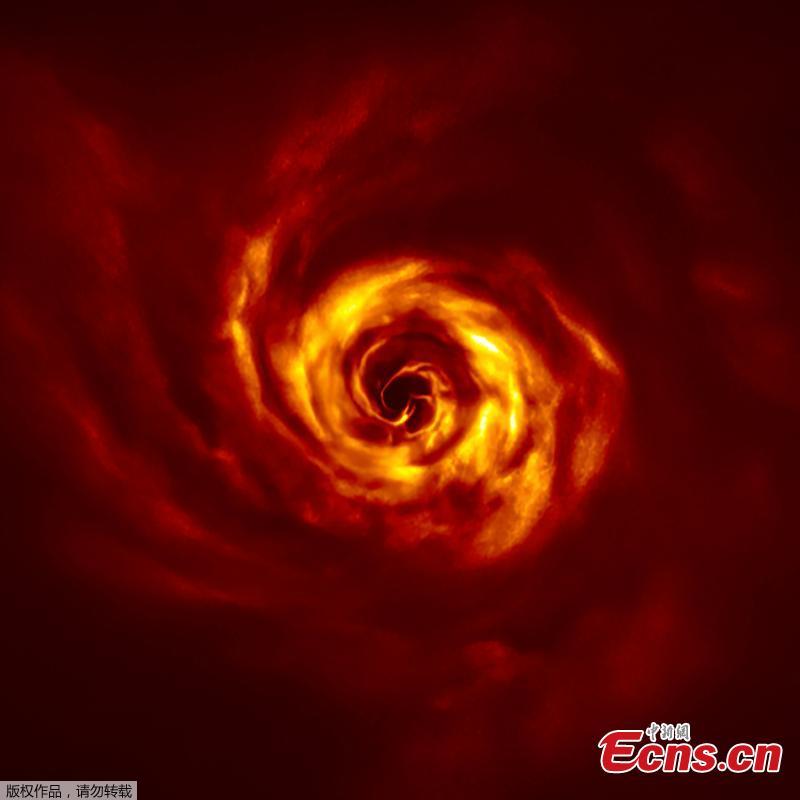 A handout photo released on May 18, 2020 by the European Southern Observatory shows the disc around the young AB Aurigae star, where ESO's Very Large Telescope (VLT) has spotted signs of planet birth. Close to the centre of the image, in the inner region of the disc, we see the "twist" (in very bright yellow) that scientists believe marks the spot where a planet is forming. This twist lies at about the same distance from the AB Aurigae star as Neptune from the Sun. The image was obtained with the VLT's SPHERE instrument in polarised light. (Photo/Agencies)