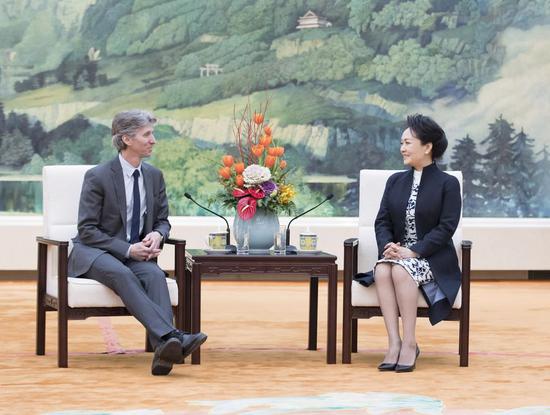 Woetzel introduced the school's cooperation and exchanges with China, as well as the construction of the Tianjin Conservatory of Music Juilliard Graduate School.

Noting that music is the universal language of mankind, Peng said music education and exchanges are very important.

"It is hoped that both sides will work together to cultivate more outstanding artists and set an example for people-to-people and cultural exchanges between China and the United States," said Peng.

Peng also expected the two countries to strengthen people-to-people and cultural exchanges, and enhance mutual understanding and friendship between the two peoples.

Woetzel said the Juilliard School will actively carry out art education in China and sow more seeds of friendship between the two countries.