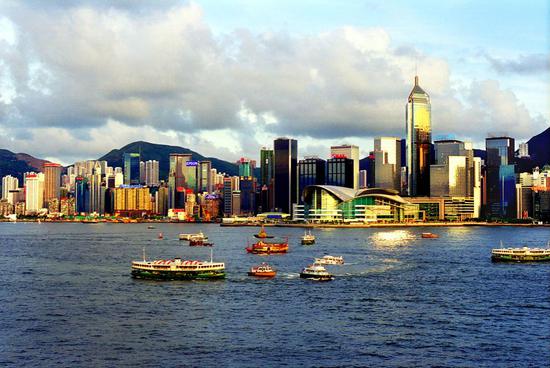 Voices of opposition against the passage of a Hong Kong-related legislation by the U.S. Congress has grown stronger in Hong Kong as local authorities, experts and business groups warned it would not help calm down the current situation but only harm the interests of both sides.

The Hong Kong Special Administrative Region (HKSAR) government on Thursday expressed strong opposition to the passage of the Hong Kong Human Rights and Democracy Act and the other act on Hong Kong in the U.S. House of Representatives after the bills were approved by the U.S. Senate.

Passage of the legislation has sent a wrong signal to violent protesters and would not help calm down the current situation in Hong Kong, the HKSAR government said in a statement.

Those unnecessary and unwarranted acts will harm the relations between the two sides and their common interests, the HKSAR government said, reiterating that foreign legislatures should not interfere in any form in the internal affairs of the HKSAR.

The passage of legislation also triggered concerns about the economic prospects of Hong Kong among economic experts in Hong Kong, who pointed out that restrictive trade measures that may be adopted could easily backfire.

"The bill is not in line with the interests of the United States," said Francis T. Lui, professor emeritus of the Hong Kong University of Science and Technology.

Citing figures that the United States has earned 297 billion U.S. dollars from trading with Hong Kong in the past decade, the largest bilateral trade surplus amongst its global trading partners, Lui said the U.S. move is not helpful in achieving its goal of balanced trade.

Business associations also feared U.S. companies would fall victim to the bill as many of them have set up regional headquarters and offices in Hong Kong and used the metropolis as a base to explore other a wide range of Asia-Pacific markets.

The American Chamber of Commerce in Hong Kong has called for support for Hong Kong's special status, saying that many U.S. businesses feared that the bill, with the sections addressing export controls and sanctions, could have counter-productive consequences on them.

Chairman of the Hong Kong Association of China Business Wong Ping also said U.S. enterprises will lose their most important and freest base in the Asia-Pacific if Hong Kong was rescinded its status as a separate customs territory because of the bill.

Wong pointed out that international economic relation is not about one side doing a favor for the other, warning that the United States might suffer greater losses once China takes up strong countermeasures.

Experts said while the U.S. legislation would certainly have an impact on Hong Kong's economy, it would not be a critical one. It is rather the implementation of the "one country, two systems" principle, the huge mainland market and support from the central government that serves as the strongest impetus behind Hong Kong's development.

In the latest move of support, the mainland and HKSAR on Thursday updated an agreement on liberalization and facilitation of trade in services that lowers the mainland market access thresholds for Hong Kong enterprises and professionals.