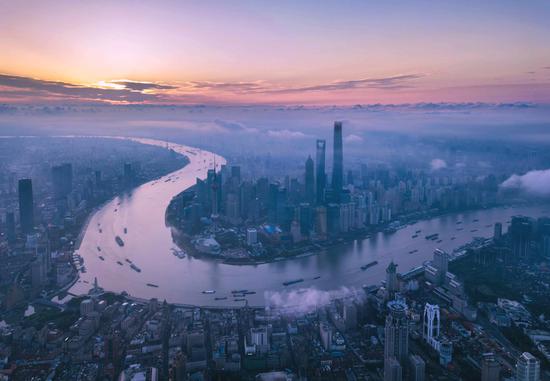 The Political Bureau of the Communist Party of China (CPC) Central Committee held a meeting on Tuesday, analyzing the economic situation, arranging economic work in the second half of the year, and reviewing a Party accountability regulation and a report on discipline inspection.

The Chinese economy maintained the steadily advancing momentum in the first half of 2019, with the main macroeconomic indicators remaining in the reasonable range, according to a statement released after the meeting.

In the first half of the year, the supply-side structural reform made continuous headway, the reform and opening-up continued to be deepened, employment was relatively full, targeted poverty alleviation was advanced in an orderly manner and people's living standards continued to improve, said the statement.

The country has witnessed increasing positive factors behind its high-quality development, according to the meeting.

As the Chinese economy faces new risks and increasing downward pressure, the country should focus on long-term trends and key issues so as to turn crises into opportunities, the statement said.

China will maintain the basic tune of "seeking progress while maintaining stability" for its economic work and continue to promote supply-side structural reform.

China must uphold the new development philosophy, and make efforts to boost high-quality development, and push forward reform and opening-up, the statement said.

More efforts should be made to deepen the supply-side structural reform, lift the level of the industrial chain, expand the domestic market, stabilize manufacturing investment and accelerate the construction of new type of infrastructure such has information network, said the statement.

China will deepen the reform of institutions and mechanisms, stimulate the vitality and momentum of economic development, speed up the implementation of major strategies and enhance the functions of urban agglomeration.

The country will take targeted measures to support the development of private enterprises, accelerate the clearing of "zombie enterprises," effectively handle trade frictions and keep employment, the financial sector, foreign trade, foreign and domestic investments, and expectations stable, according to the meeting.

China's opening-up will be expanded and major opening-up policies will be further implemented. The financial supply-side structural reform will be advanced and financial institutions should be encouraged to increase medium- and long-term financing to the manufacturing industry and private companies.

The sci-tech innovation board should properly implement its registration-based initial public offering system with information disclosure at its core and improve the quality of listed firms, said the statement.

China will adhere to the principle of "housing is for living in, not for speculation," implement the long-term mechanism to maintain the sound development of the real estate market, and not use real estate as a short-term means of stimulating the economy, according to the meeting.

The meeting also required solid implementation of pro-employment policies with a particular focus on ensuring the employment of college graduates, migrant rural workers and veterans.

Efforts should also be made to stabilize market supply and prices, pay particular attention to workplace safety and strengthen the prevention of natural disasters.

The statement also noted a revision by the CPC Central Committee to the Party accountability regulation pursuant to the spirit of the 19th CPC National Congress.

Underlining the importance of strictness in the full and rigorous governance over the Party, the statement called for efforts to ensure that all Party officials who fail to fulfill their duties should be called to account accordingly, so as to rigidly enforce accountability mechanisms.

Party officials who have shown outstanding work performance after being brought to account should be assigned to proper positions as long as they meet certain requirements, so as to encourage officials to work hard, according to the statement.

The statement noted that the central leading group on disciplinary inspection has carried out three rounds of discipline inspections, covering all centrally administered state-owned enterprises (SOEs) and making notable progress.

Based on the findings of the inspections, it pointed out that central SOEs have markedly boosted their awareness and responsibility in Party governance, and achieved remarkable progress in their reform and development.

They have made key contributions to economic and social development, the advancement of science and technology, the development of the national defense and the improvement of people's livelihood, however, prominent problems still exist, said the statement.

Central SOEs were urged to rectify the problems found in the inspections, and combine this with the efforts to deepen reform and promote high-quality development.