U.S. House votes not to continue impeachment proceedings for Trump 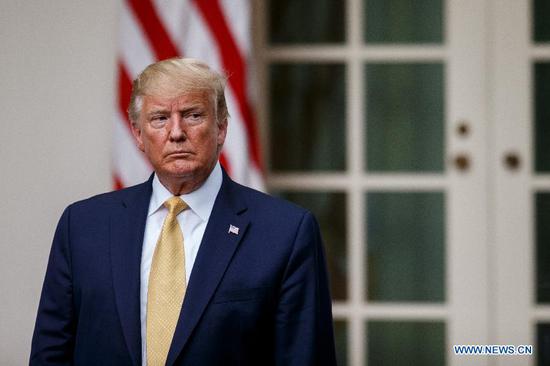 Despite support from nearly 100 lawmakers, a resolution to impeach U.S. President Donald Trump was killed in the U.S. House of Representatives on Wednesday.

The House voted 332-95 to table the bill, signifying a deeply divided Democratic Party on whether to impeach Trump, especially after Trump fired racially charged tweets at progressive lawmakers that evoked outcry from both sides of the aisle.

House Speaker Nancy Pelosi tried to persuade fellow Democratic lawmakers that impeaching Trump was not the best strategy, but frustration against the Trump administration over immigration policies, obstruction of justice allegations and personal attacks on political opponents gave a sizable portion of House Democrats enough reason to rebel against party leadership and back impeachment proceedings.

Trump on Sunday told a group of four ethnic minority female lawmakers to "go back" to the "places from which they came," and later doubled down on his position in saying that the lawmakers "hate" the United States.

The remarks received universal criticism from the Democratic Party, and many Republican lawmakers also said such statements were inappropriate.

The U.S. House of Representatives voted Tuesday to condemn Trump for the remarks, with four Republican lawmakers joining the ranks of Democrats in supporting the bill.

According to the Pew Research Center, there are currently 52 voting members in the House and 16 members in the Senate who are immigrants or children of immigrants, most of them are Democrats.