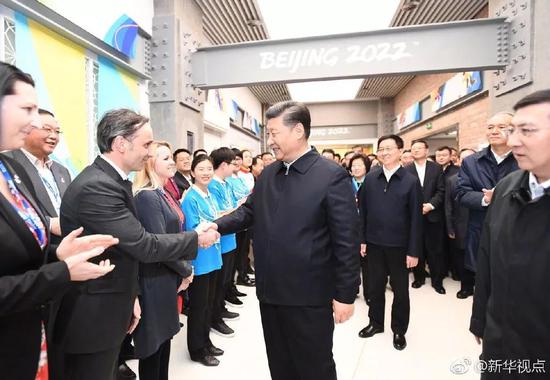 During his inspection tour in Beijing on Friday, Chinese President Xi Jinping visited the Beijing Winter Olympics Exhibition Center and the National Winter Sports Training Center in the Shougang Park in Shijingshan District.

Xi inspected the preparation work for the 2022 Beijing Olympic and Paralympic Winter Games, and visited the staff for the Beijing Organizing Committee, athletes and coaches.

This is not the first time that Xi has stressed the preparation of the 2022 games. He inspected the game venues in Beijing and Zhangjiakou, Hebei Province, in 2017.

Xi said Thursday that China is well on track to deliver a "spectacular" Winter Olympic Games in 2022, while meeting with International Olympic Committee (IOC) President Thomas Bach at Beijing's Great Hall of the People.