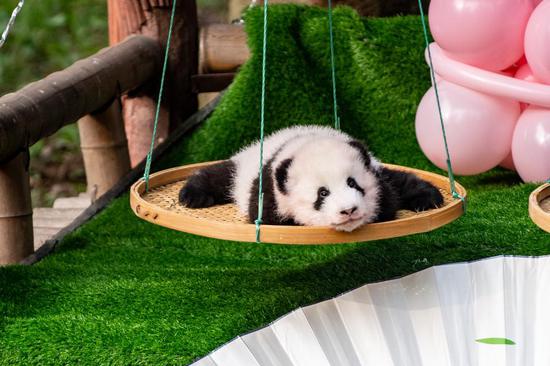 The elder sister, named "Qizhen," and the younger brother, named "Qibao," were born in the Chongqing Zoo on Sept. 13, and a 100-day party was held for the twins, whose names together mean "precious babies."

The two pandas played on the swings surrounded by colorful balloons at the party.

The twins are growing well with concerted efforts. The female panda weighs about 5,420 grams and the male 5,490 grams, said Yin Yanqiang, technical director in charge of the animals at Chongqing Zoo.