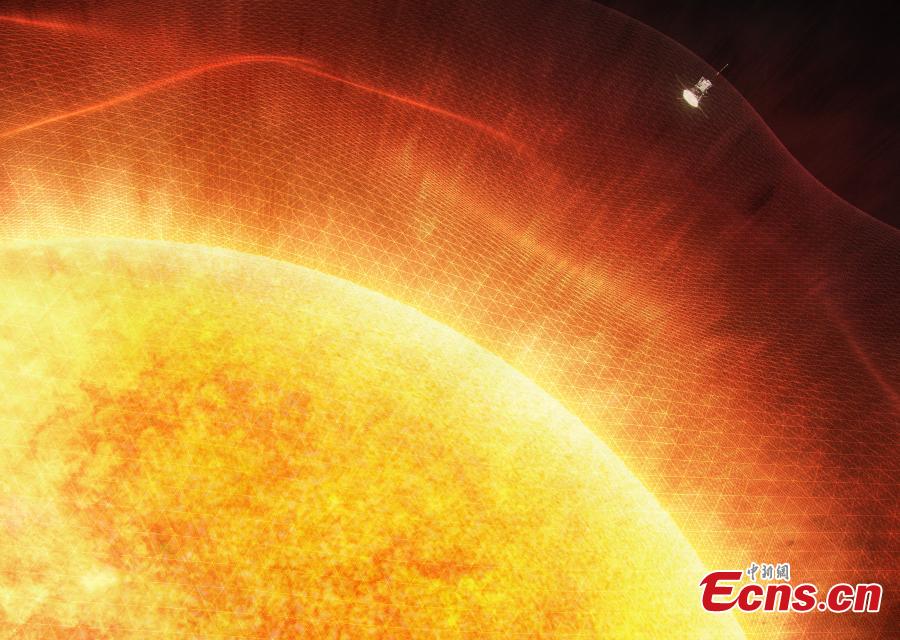 The illustration released by the U.S. National Aeronautics and Space Administration (NASA) shows its Parker Solar Probe reached the outer atmosphere of the sun on April 28. (Photo/Agencies)

Three years after the Parker Solar Probe was launched, the spacecraft has flown through the Sun’s upper atmosphere or corona, and become the first to "touch the sun," announced Thomas Zurbuchen, associate administrator for NASA's Science Mission Directorate at the 2021 American Geophysical Union Fall Meeting in New Orleans on Tuesday.

The spacecraft crossed the boundary and entered the solar atmosphere for the first time on April 28 and stayed there for five hours, according to NASA.

Parker Solar Probe was launched in 2018 to explore the mysteries of the Sun by traveling closer to it than any spacecraft before. 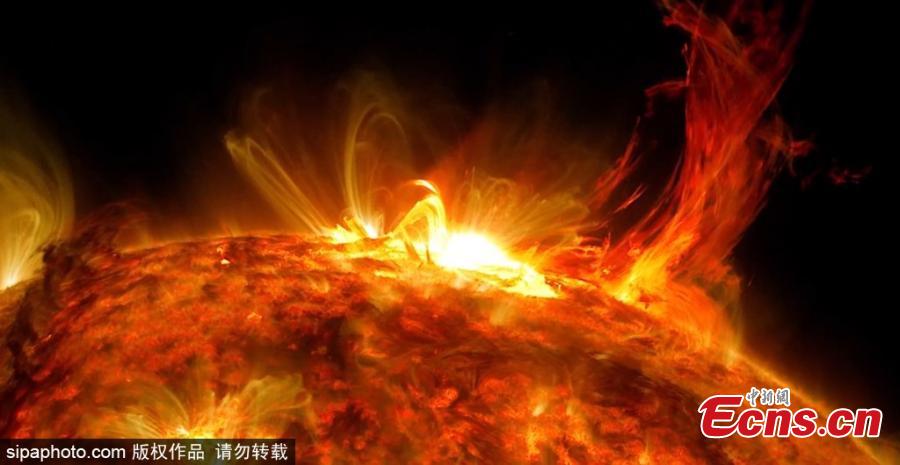 The handout photo demonstrates the surface of the sun. (Photo/Sipa)