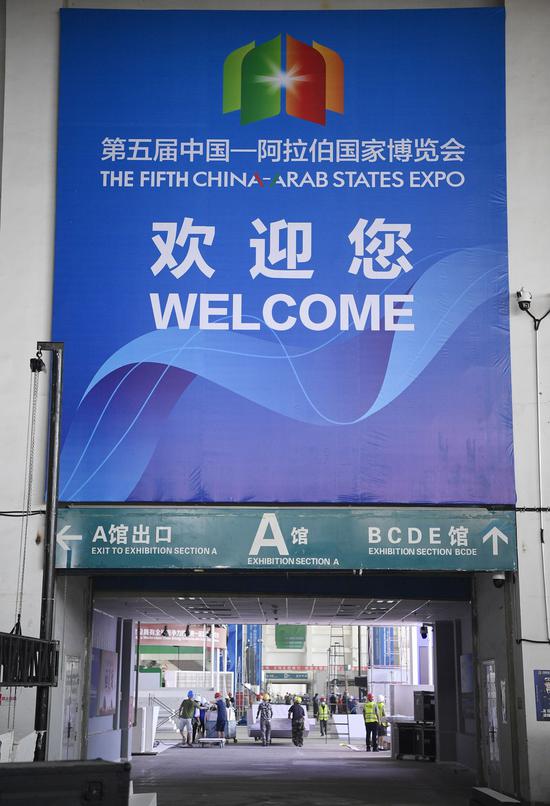 More than 1,000 domestic and overseas enterprises have registered as exhibitors for offline and virtual events at the fifth China-Arab States Expo, scheduled from Aug. 19 to 22 in northwest China's Ningxia Hui Autonomous Region.

Expo organizers said at a press conference on Wednesday that a total of 239 companies will display their latest products and innovations at offline exhibitions covering an area of about 12,000 square meters.

The in-person events will be themed on healthcare, clean energy, new materials, the digital economy and cross-border e-commerce.

The participating enterprises will also hold a slew of online exhibitions based on technologies such as 5G, artificial intelligence, big data and cloud computing.

Morocco and the United Arab Emirates, as the guests of honor at the expo, will host online and offline events to showcase their culture and technology, said Zhang Liwei, deputy head of the Ningxia regional exposition bureau.

More than 5,000 enterprises from over 110 countries and regions attended the previous four editions of the China-Arab States Expo in Yinchuan, the regional capital of Ningxia.

On Wednesday, forums on cooperation between China and the Arab countries on tourism and water resources were also held in advance of the expo.

"We are very much interested in China-Arab cooperation and have recently initiated a proposal welcoming the establishment of a comprehensive and long-term cooperative relationship in the field of water-resources management," said Mahmoud Abu-Zeid, chairman of the Arab Water Council, at the Water Resources Forum.

He added that China is willing to work with other countries and international organizations, including Arab countries, to strengthen exchanges and cooperation on water-resources utilization.

At the China-Arab States Leisure Tourism Forum, plenty of officials from Arab states expressed their confidence in the Chinese market.

"In recent years, tourism in Arab states has developed well by tapping the Chinese market," said Dhia Khaled, Tunisian ambassador to China, stating that the Chinese market has emerged as a key tourism market for Arab countries.