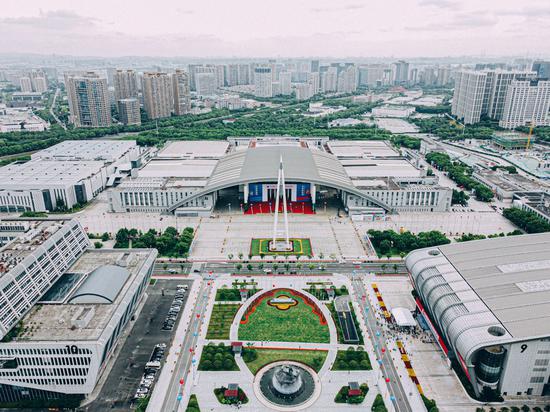 "We attach great importance to the Chinese market as it has great potential," said Meredyk, business development manager of Vici Group, a Polish company that started exports to China in 2013.

Joint efforts to boost trade and strengthen cooperation in emerging industries between China and the CEECs are high on the agenda of the expo, which is expected to provide a variety of choices for specialty products from CEECs for Chinese customers, and offer various platforms for exchanging views.

Bucking a global downturn, trade between China and CEECs jumped 50.2 percent year on year to 30.13 billion U.S. dollars in the first quarter of 2021, data from the Ministry of Commerce (MOC) showed.

The expo will help the Chinese market learn more about commodities from CEECs, expand CEECs' exports to China, and help all parties respond to the challenges brought about by the COVID-19 pandemic and promote economic recovery.

Over the past few years, China has also seen accelerated trade cooperation with the CEECs. Trade between the two sides grew at an average pace of 8 percent between 2012 and 2020, more than twice the growth of China-EU trade during the same period.

The supply and industrial chains of the two sides are complementary, which leads to positive prospects, said Ren Hongbin, assistant minister of commerce.

China has become Hungary's most important trade partner outside the European Union (EU), said Laszlo Balogh, deputy state secretary of the Ministry of Finance of the country. In 2020, bilateral trade between the two countries rose 22 percent year on year to 11 billion U.S. dollars.

The expo, which is scheduled to close on June 11, will become another trade propeller between China and the CEECs. Featuring products such as helicopters, light aircraft, yachts, as well as agricultural products, high-end kitchen appliances and skincare brands from CEECs, it will provide a platform to promote more balanced trade.

China will take multiple measures including facilitating custom clearance, as part of efforts to realize the promise of importing goods worth 170 billion U.S. dollars from the CEECs in the next five years, said Wang Bingnan, Chinese vice minister of commerce.

Besides optimizing trade cooperation with the CEECs, China is proactively expanding the cooperation to new areas, including digital, health and green sectors, which will also contribute to the global economic recovery, according to MOC officials.

During the expo, a mechanism for China-CEEC e-commerce cooperation and dialogue was launched as a gesture that the two sides will share joint achievements in talent cultivation and construction of logistics infrastructure, and introduce more commodities from CEECs to China's market through e-commerce platforms.

A China-CEEC alliance in the public health industry has also been established in the meantime.

"Most of the people here in this country are vaccinated, with Sinopharm vaccine from China ... the Chinese vaccines. I think there is not such a country in Europe in which you can find that level of trust (to the Chinese vaccines) that you can see here in Belgrade and Serbia," Serbian President Aleksandar Vucic said in an interview with Xinhua earlier this year.

Hungary, the first EU member state to buy and authorize the use of Chinese vaccines, expects further technical cooperation with China. Peter Szijjarto, minister of foreign affairs and trade, said he is thankful for the timely and advanced delivery of the vaccines, which helped protect the lives of Hungarian people.

On June 2, China and 15 CEECs jointly made an announcement to strengthen cooperation in forestry to further boost forest bioeconomic growth. Guan Zhi'ou, head of China's National Forestry and Grassland Administration, deemed it an inevitable choice to achieve sustainable development.

"We should make full use of the expo to carry out in-depth exchanges and achieve more win-win outcomes so as to inject new impetus to practical cooperation between China and the CEECs," said Chinese vice commerce minister Wang Bingnan.