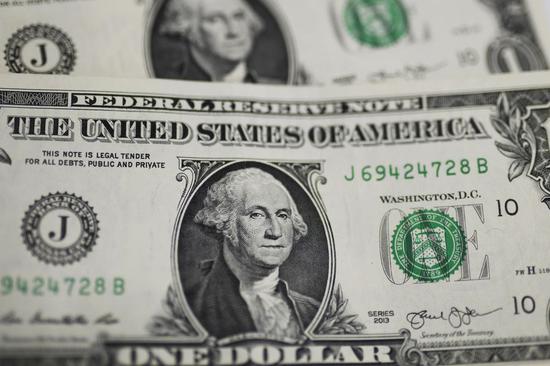 The U.S. Federal Reserve is widely expected to cut interest rates for the third time since July after wrapping up a two-day policy meeting on Wednesday amid a further slowdown in U.S. economic growth, analysts have said.

"Estimates of economic growth for the third quarter hover on the low side of 2 percent. While this places growth close to the Fed's estimates of the long-term sustainable pace of activity, it does not want to see growth slow further and threaten to put upward pressure on unemployment," Tim Duy, professor at the University of Oregon and a long-time Fed watcher, wrote in a blog post on Monday.

"The Federal Reserve will lower interest rates Wednesday for the third time since July, erring on the side of caution in an effort to spur economic activity and offset risks to the outlook," he said.

The U.S. economy expanded at an annual rate of 2 percent in the second quarter of the year, marking a deceleration from the 3.1-percent growth in the first quarter, amid escalating trade tensions.

The U.S. economic growth is expected to slow further to 1.7 percent in the third quarter, according to the latest forecast by the Federal Reserve Bank of Atlanta on Monday. The U.S. Commerce Department will release its initial estimate of the third-quarter GDP (gross domestic product) on Wednesday.

Mohamed A. El-Erian, chief economic adviser at Allianz SE and a Bloomberg Opinion columnist, also expected the Fed to cut interest rates by a quarter percentage point this week.

"The Fed will justify the rate cut by citing continuing concerns about the fragile international economic environment and the lack of definitive resolution to policy uncertainties," El-Erian wrote in an op-ed published on Monday.

He added that the central bank doesn't want to disappoint markets, which have already priced in not only an October rate cut, but also one to two more cuts in the next year or so.

Trading in interest rate futures tracked by CME Group on Tuesday indicated a 97.3-percent chance the Fed would cut rates by 25 basis points on Wednesday. That would lower the target for the Fed's federal funds rate to a range of 1.5 percent to 1.75 percent.

"Key policy makers made no effort to turn market expectations away from near-certitude that this week will bring lower rates," Duy said, adding Fed Vice Chairman Richard Clarida leaned toward more easing to limit downside risks in a recent speech.

"A hawkish surprise by the Fed would lead market participants to reassess their understanding of the monetary policy process and anticipate a more hawkish policy path going forward," Duy said, warning that would reverse the positive impact of the Fed's dovish policy shift that has supported the economy this year.

The Fed has already lowered rates twice this year, in July and September, amid growing risks and uncertainties stemming from trade tensions and a global economic slowdown.

However, absent a deterioration in the economic data, the Fed will not continue cutting rates indefinitely, according to Duy.

"The point at which they want to pause could come after this week's cut. Policy rates will be sitting in the range of the lowest forecasts in the Fed's September Summary of Economic Projections," he said.

Fifty-six percent of economists also expected Fed officials to signal that they are likely to pause for some time following a rate cut on Wednesday, according to a survey released by Bloomberg News last week.

"Absent a deterioration in the data flow, central bank officials will eventually become confident that they have turned policy sufficiently accommodative to overcome existing risks to the forecast," Duy said.