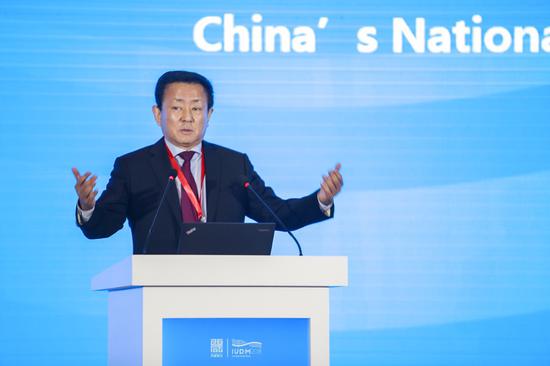 A Chinese expert called for effective land use in city development, as the country's status quo reflects short supplies of arable and livable land, as well as waste.

He pointed out some regions built wide streets but saw few people, as many are inclined to go to places with population density so they can shop, go to school or get medical treatment within shorter distances. Fan suggested a relatively high population density should be considered in city planning, so as to provide convenience to residents and improve efficiency of land use.

Liu Thai Ker, master planner and architect of Singapore, shared similar concerns about land use ratios in China. He told China Daily website on the sidelines of the forum Chinese cities seem to have tall buildings but low land coverage; and in terms of plot ratio — or measuring a building's total floor area against the size of the land upon which it is built — the metric for newly established factories in Singapore usually stays at 2.5, compared to its Chinese counterparts' frequent ratios that are lower than one.

Fan also put forward high technologies and proper city layouts as solutions to make the best use of land.

The State Council, China's cabinet, approved the Xixian New Area as the seventh national new area in 2014 to further enhance West China development, which spans all seven counties and 23 villages, towns and sub-districts of Xi'an and Xianyang, covering 882 square kilometers, and is home to 1.01 million permanent residents.