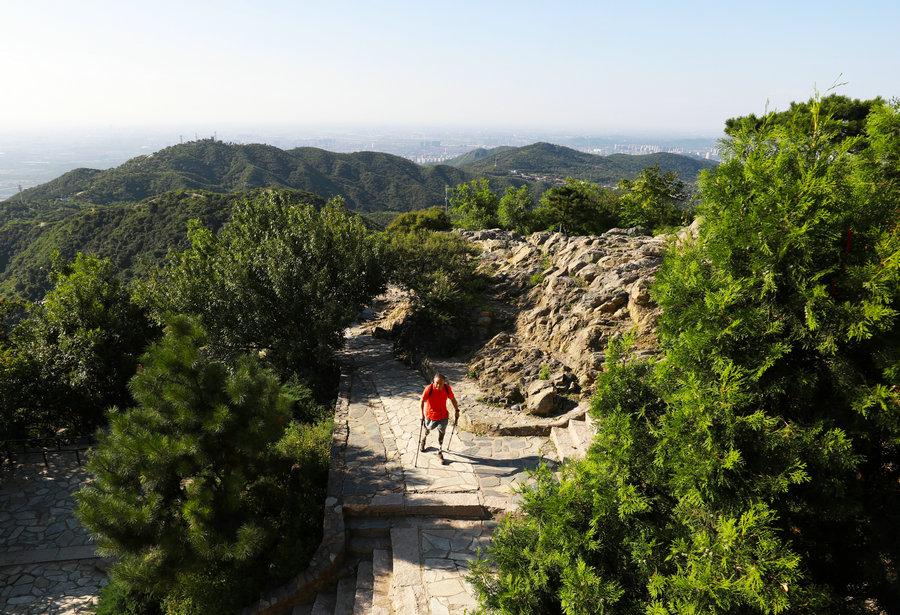 Xia Boyu, who climbed Qomolangma on his fifth attempt to become China's first leg amputee to conquer the world's highest mountain at 8,844 meters, refuses to give up.

Since he conquered the summit of Qomolangma recently, the 69-year-old leg amputee, Xia Boyu, has become an inspirational figure for the Chinese public with his story of never giving up. 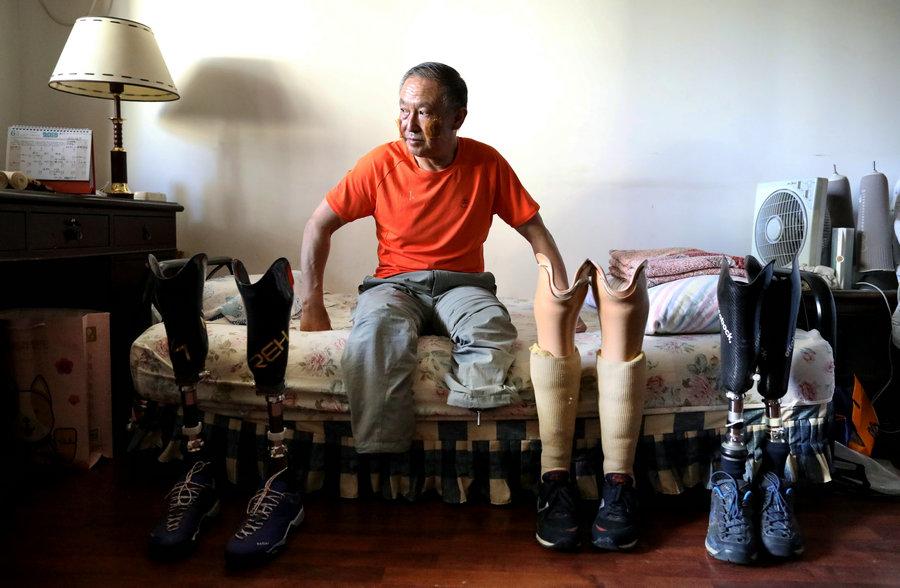 Xia rests at his home in Beijing. (Photo/China Daily)

After achieving the feat on May 14, he returned to Beijing to receive medical treatment. But over the past five months he has visited many parts of the country, giving speeches to the public about Qomolangma, the lack of oxygen there, the mountaineering equipment needed to climb it and the risks he faced. 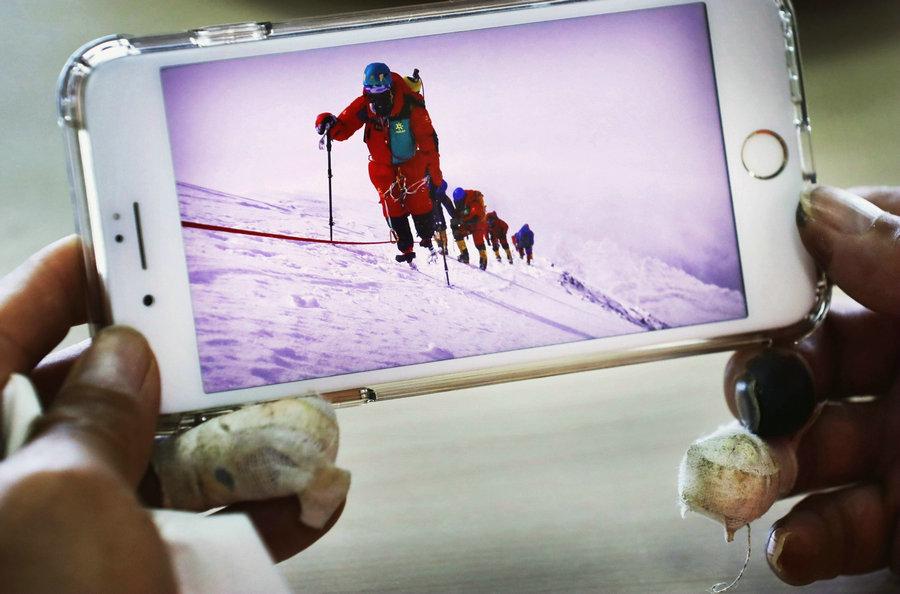 Xia looks at the photos and recalls the experience of climbing Qomolangma.(Photo/China Daily)

"Although I stayed on the summit for less than 10 minutes, it took me more than 40 years to achieve my ambition," says Xia, who finally climbed the world's highest mountain on his fifth attempt - standing on the peak at 8,844 meters above sea level - to become China's first double-leg amputee to conquer Qomolangma. 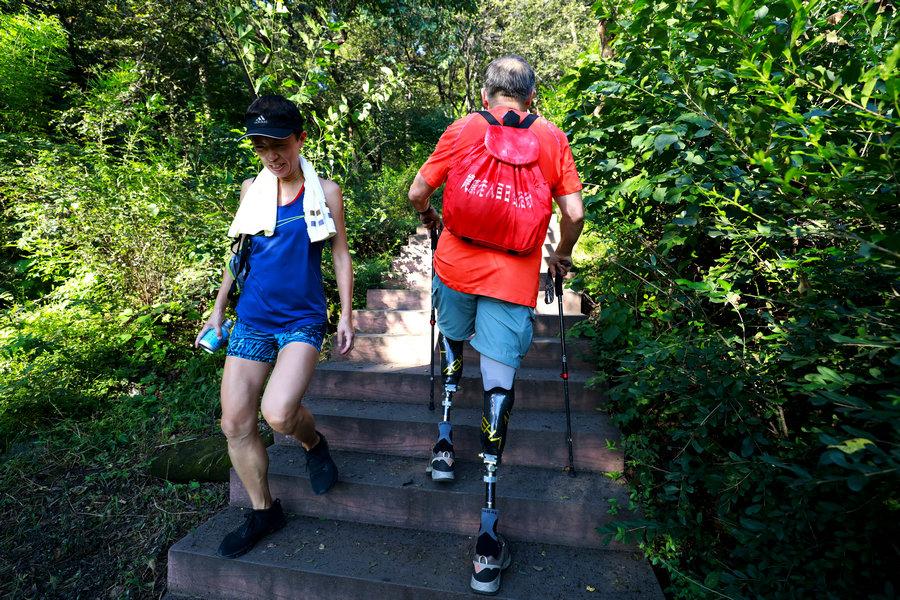 A brush with a mountaineer in Xiangshan Park. (Photo/China Daily)

He says that as he has no ankle joints - with both his legs amputated below the knees - and depends on his prosthetic limbs it is easy to slip and fall.

In 1975, Xia Boyu attempted to scale Qomolangma for the first time as a member of the Chinese mountaineering team, and encountered a blizzard. Then, his feet were frostbitten and his legs were amputated. 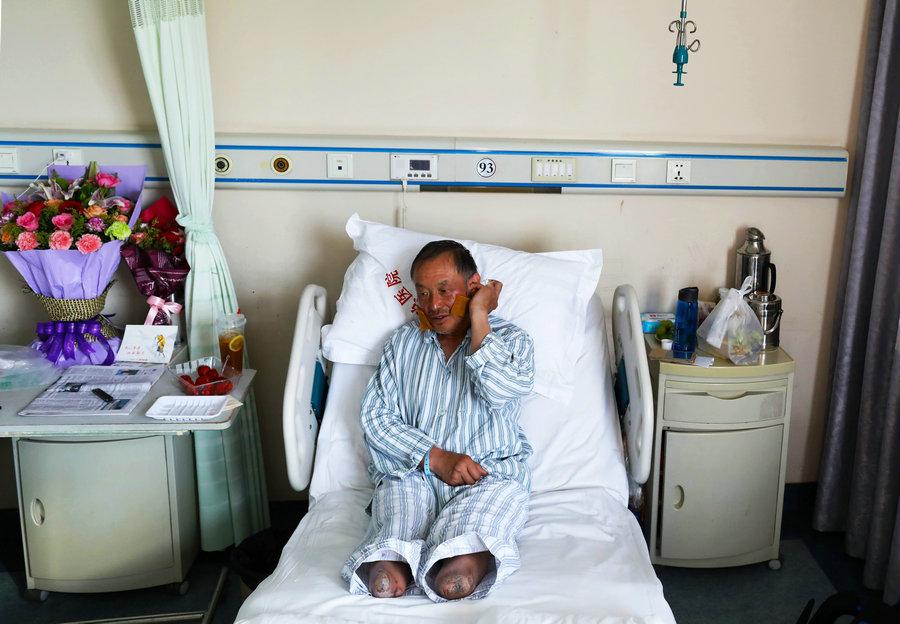 Xia receives treatment in a hospital for his frostbitten face and fingers. (Photo/China Daily)

In 2014 and 2015, respectively, he was at the base camp of the south slope of Qomolangma in Nepal, but could not proceed due to an avalanche and an earthquake.

Later, in 2016, Xia tried to climb the mountain for the fourth time. But when he was less than 100 meters from the summit, a snowstorm blocked his way. 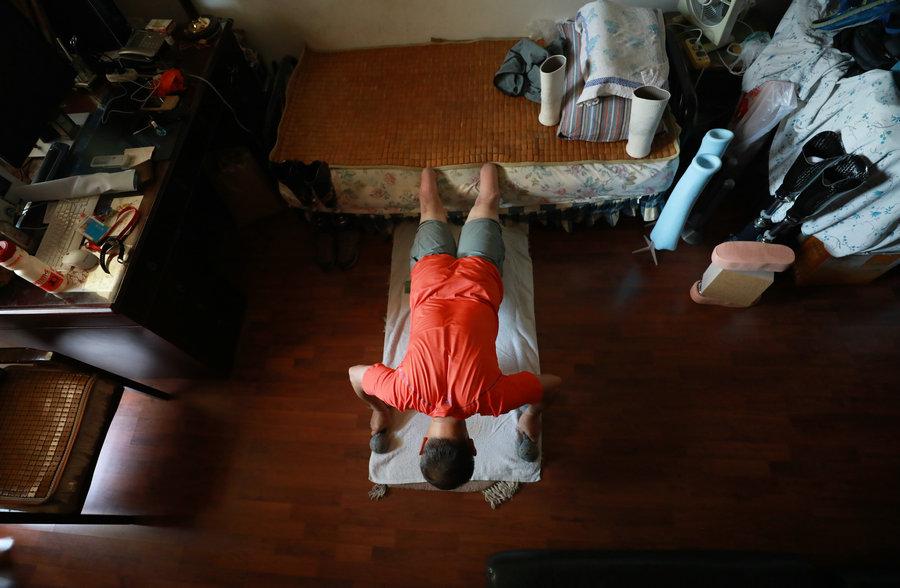 "I have been fighting mountains for my entire life. A film with me as the protagonist is being made," says Xia.

The story is compiled by Zhu Xingxin and translated by Zhang Lei. 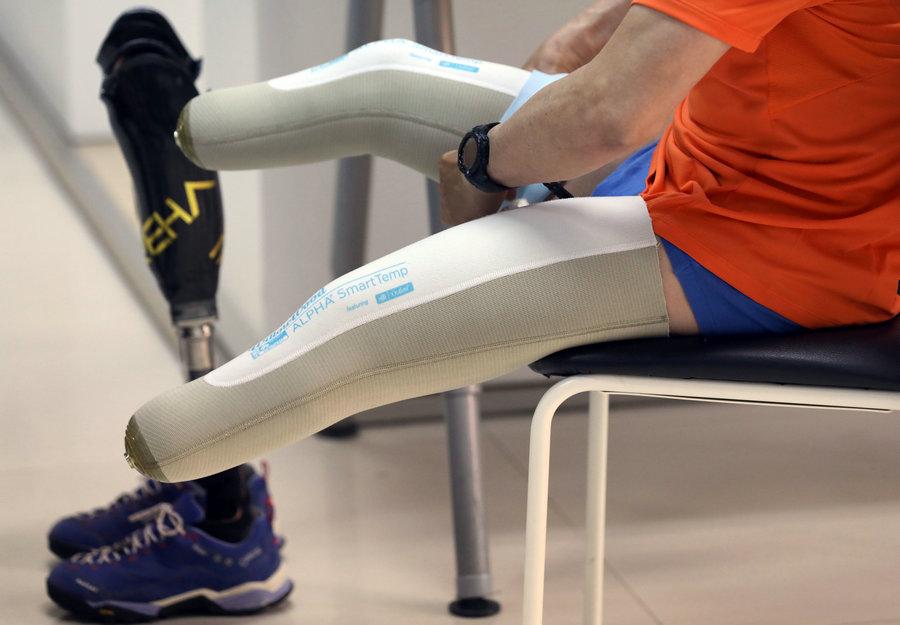 The story is compiled by Zhu Xingxin and translated by Zhang Lei.)) ?>"/>