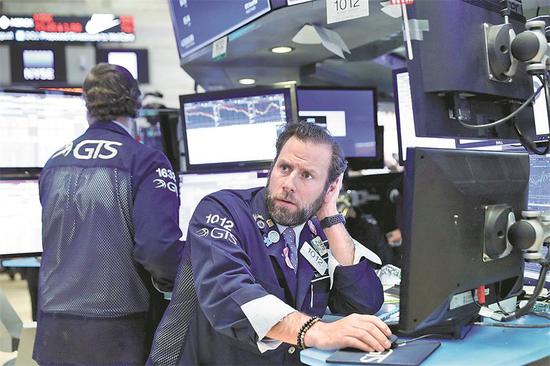 China's A-share market, together with other major Asian bourses, plunged on Thursday in a chain reaction following the sell-off in the United States.

The plunge in Asian stocks is believed to be a direct reaction to the sell-off in the U.S. market on Wednesday, the sharpest drop in eight months.

A response to recent tit-for-tat tariffs between the U.S. and China, which may hamper U.S. companies' third-quarter results in affected sectors, also played a role in the recent U.S. share sell-off, according to UBS Securities.

"The U.S. market sell-off last night spooked sentiment and rekindled memories of similar trading sessions at the beginning of this year," said Medha Samant, Fidelity International's investment director for Asian equities. "This negative sentiment could likely roll over to the Asian markets in the short term, as slowing global growth, a strong dollar and protectionism are already weighing on sentiment, especially for emerging markets and currencies with vulnerabilities."

Affected by external fluctuations, Chinese A-shares may continue to face short-term shocks. But these are not expected to last long amid efforts to maintain proper liquidity levels and open up financial markets to usher global funds into the domestic market, according to analysts.

"Like before, the Chinese stock market may continue to fluctuate with external impacts, but major risks are concentrated in the short-term," said Wang Youxin, a Bank of China analyst. 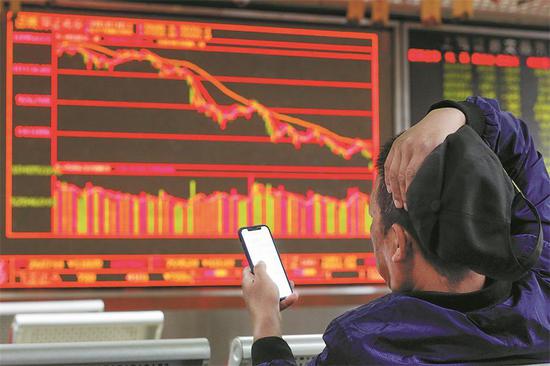 Domestic market panic is expected to ease "to a certain extent" as the People's Bank of China, the country's central bank, has tried to inject more liquidity into the market by implementing a medium-term lending facility, a central bank tool to help manage liquidity, as well as lowering reserve requirement ratios for lenders, he said.

Earlier this month, the central bank said it would reduce the reserve ratio for most banks by one percentage point, the fourth time this year it sought to increase liquidity for businesses.

"Large amounts of foreign funds expected to flow into the Chinese A-share market will constitute a boost as China has accelerated its pace of opening up its capital markets this year," he said, adding that possible irrational volatility in the stock market deserves close attention.