Facilitating coordinated and balanced development for China-Africa cooperation is one of the five goals of the 2018 Forum on China-Africa Cooperation (FOCAC) Summit in Beijing. The China-Africa infrastructure plan, put forward by Chinese President Xi Jinping at the 2015 Johannesburg Summit, is an important part of China's cooperation with Africa to keep improving the lives of locals.

With the Beijing Summit less than one day to go, CGTN will take you to look at three areas of China-Africa infrastructure cooperation: railway systems, information highways and power supplies, to feel its capability and effectiveness.

China has been playing a crucial part in improving Africa's transport over the years, giving a much-needed boost to the continent's efforts to achieve regional integration.

Data from the Chinese government show that China has helped build or are building more than 6,200 kilometers of railways in Africa.

Following is a list of some major railways undertaken by Chinese firms since 2015. 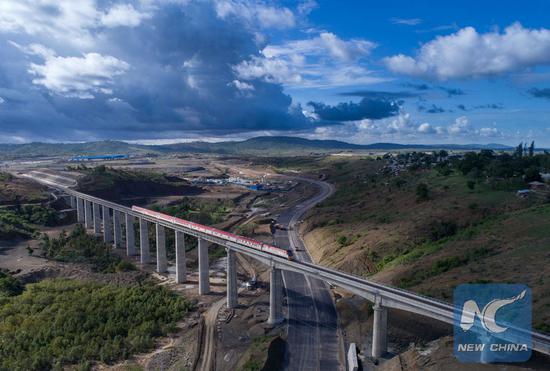 Aerial photo taken on May 12, 2017, shows the Mazeras Bridge of the Mombasa-Nairobi standard gauge railway in Kenya. /Xinhua Photo

China in May 2014 signed a deal to build the rail link worth 3.8 billion dollars between Kenya's Mombasa and Nairobi. Around 480 km long, the project's passenger service was launched in mid-2017.

The project, which marks the first phase of a line that is expected to cover a distance of about 2,935 km and eventually connecting Uganda, Rwanda, Burundi and South Sudan, will facilitate transportation and boost trade in the eastern African region.

It features passenger trains with a speed of 120 km per hour and freight trains designed to move at 80 km per hour. 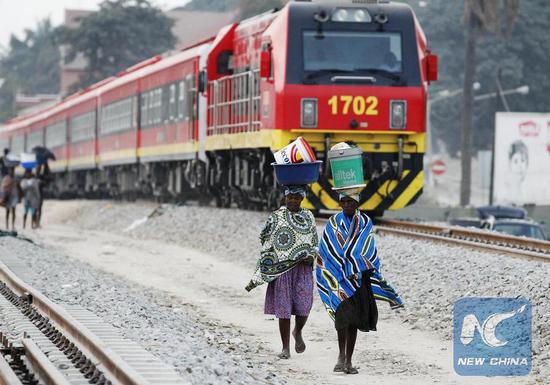 Aerial photo taken on May 12, 2017, shows the Mazeras Bridge of the Mombasa-Nairobi standard gauge railway in Kenya. /Xinhua Photo

In 2015, a 1,344-km railroad project spanning Angola was completed and put into operation. The railway, linking the coastal city of Lobito in the west and Luau city which borders the Democratic Republic of Congo, is the second longest railway built by a Chinese company for Africa after TAZARA.