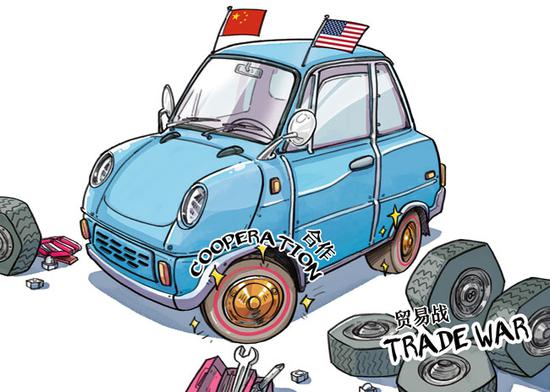 China will "fight back firmly" if the United States publishes an additional list of tariffs on Chinese goods, China's Ministry of Commerce said on Tuesday morning.

The ministry added the move deviates from the consensus reached by the two sides and disappoints the international community.

If the U.S. side gets so irrational as to publish an additional list of tariffs on Chinese goods, China will have to fight back firmly with comprehensive "qualitative" and "quantitative" measures, it said.

China's response is to safeguard the interests of the country and the people, as well as safeguard and defend the free trade system and the common interests of humankind. No matter how the external environment changes, China will insist on people-centered approach, firmly push forward the reform and opening-up and the development of the high quality of the economy, and accelerate the construction of the modern economic system in accordance with the established rhythm.