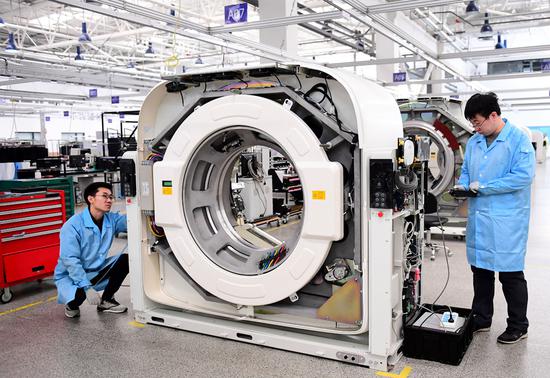 CEOs of companies headquartered in the Chinese mainland and Hong Kong are investing in new technology to achieve their growth objectives, a new KPMG report showed.

The report, Collaborating and innovating for growth - 2018 China CEO survey," features findings from a survey of 1,300 CEOs worldwide, including 125 from the Chinese mainland and Hong Kong, across a wide range of industries.

An overwhelming majority of China CEOs, 91 percent, view "technological disruption" as more of an opportunity than a threat, an increase from 75 percent in 2017.

More than half of them say they use AI, with the key benefits including improved data analytics, data governance and customer experience.

More China CEOs than their overseas peers intend to collaborate with innovative start-ups, join industry consortia focused on the development of innovative technologies, and increase investment in disruption detection and innovation processes.

"The promotion of innovation is also a key priority under the 13th Five-Year Plan, and the Chinese government has actively cultivated new industries, encouraged innovation in technology, products and business models, and sought to establish a platform for high-end R&D," according to Honson To, Chairman of KPMG China and Asia Pacific.

Nearly two thirds of surveyed China CEOs said their organisations will prioritise emerging markets for expansion over the next three years, with Central and South America, Eastern Europe and Asia Pacific the three key market regions.

The focus on emerging markets is understandable, as the Belt and Road Initiative and development in the Guangdong-Hong Kong-Macao Greater Bay Area are helping to drive trade, investment and economic growth in the regions, To said.