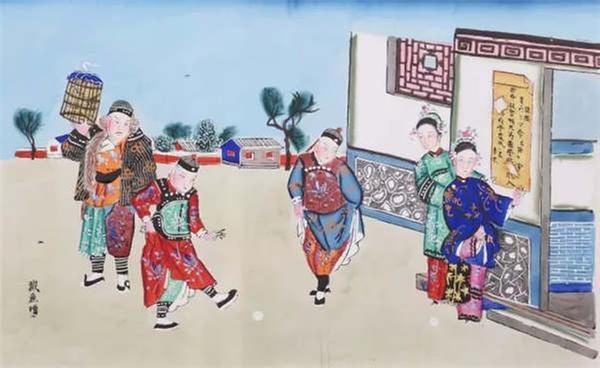 The New Year painting from Qing Dynasty depicts people kicking stone balls in the yard. (Photo/Collected by the Capital Museum)

During ancient times, children didn't have smart phone, iPad or computer to entertain them. Instead, they came up with interesting games to play in their childhood. Let's take a look.

During the Qing Dynasty (1644-1911), kicking a stone ball around was a popular sport in the northern part of China, and it was often played in the winter to keep warm. Stones were carved into small balls and kicked along with feet.

In 1999, the sport was included in the competition item in the 6th National Ethnic Group Traditional Sports Meeting held in Beijing. 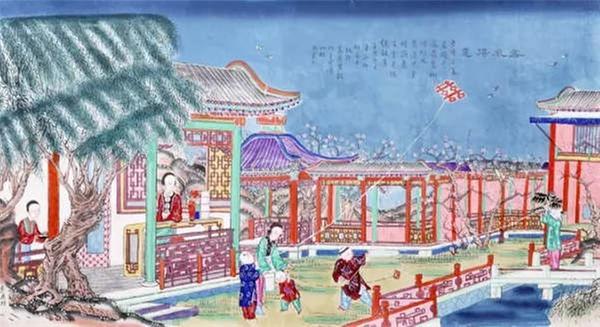 A Yangliuqing New Year painting from the Qing Dynasty depicts children flying kites in the garden. (Photo/Collected by the Capital Museum)

Kites have quite a long history. The earliest kites were made of wood, instead of paper. Nowadays, the three most famous kites are the Beijing kite, Tianjin kite and Weifang kite, which each has distinctive features. The swallow-shaped kite is a well-known Beijing style. 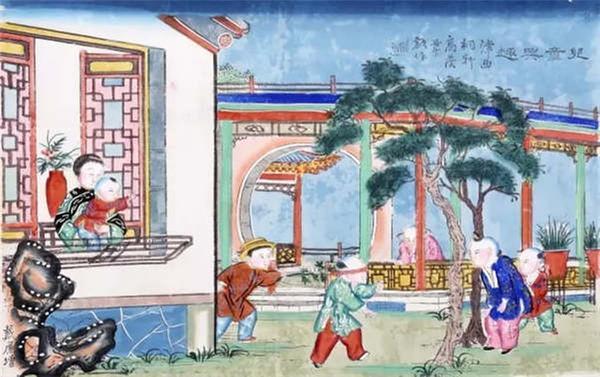 Hide-and-seek is a traditional game for children, popular around the nation. There are two ways to play: covering a child's eyes while other kids run around to tease him or, more commonly, participants hide and one child must try to find them.

The painting from the Qing Dynasty depicts people watching a shadow play indoors. (Photo/Collected by the Capital Museum)

The closest thing to watching a film or television for entertainment during ancient times was going to see a shadow play. Folk artists manipulate puppets behind the screen, narrating stories and accompanied by music. During the Qing Dynasty, shadow play art reached its peak, and was staged for each major occasion. 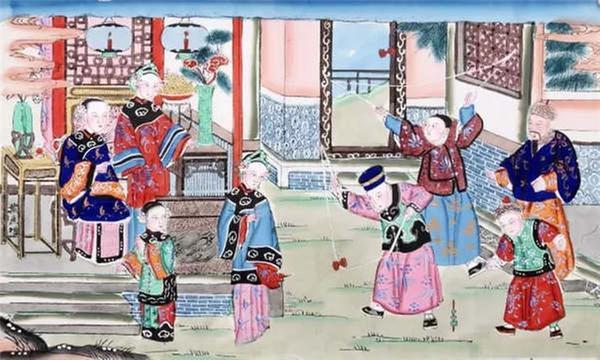 Diabolo is always made of wood or bamboo and is hollow in the center. By juggling diabolo on ropes, the high-speed rotating diabolo will make a sound.

Playing diabolo is a very interesting folk game, especially popular in North China. Through many changes, it has become an item in Chinese traditional acrobatics. Playing diabolo was also included in the first batch of national intangible cultural heritage in 2006. 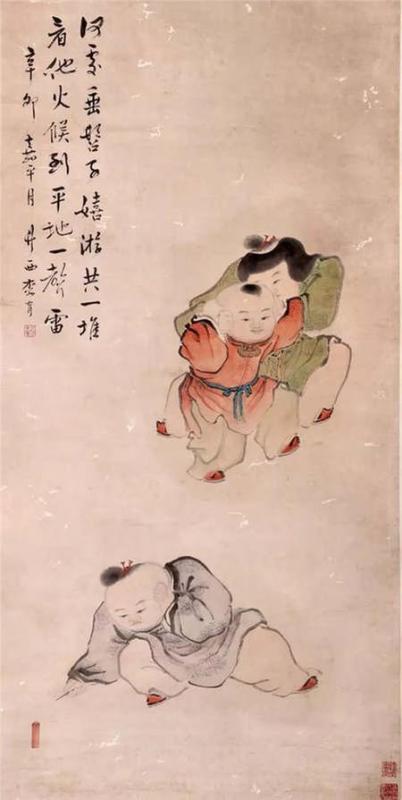 The painting from Qing Dynasty depicts children playing with firecrackers. (Photo/Collected by the Capital Museum)

Firecrackers have a history of more than 2,000 years. It is said that there was a beast named Nian in ancient China, and to scare off the beast, people burnt bamboo joints to make it blast. After gunpowder was invented, it gradually replaced the bamboo joint cracker. Crackers are still set off during Spring Festival to symbolize auspiciousness.